RELIVING THE SPIRIT OF THE ORIGINAL DAKAR. THE AFRICA ECO RACE

Six thousand kilomteres. 80 vehicles. 14 days. Welcome to one of the world’s top rallies, the Africa Eco Race, which aims to recapture the spirit of the original Dakar. We caught up with Myriam Filali Ansary, marketing manager at Motul North, West and Central Africa, to find out more about this magical event that aims to support the local community. 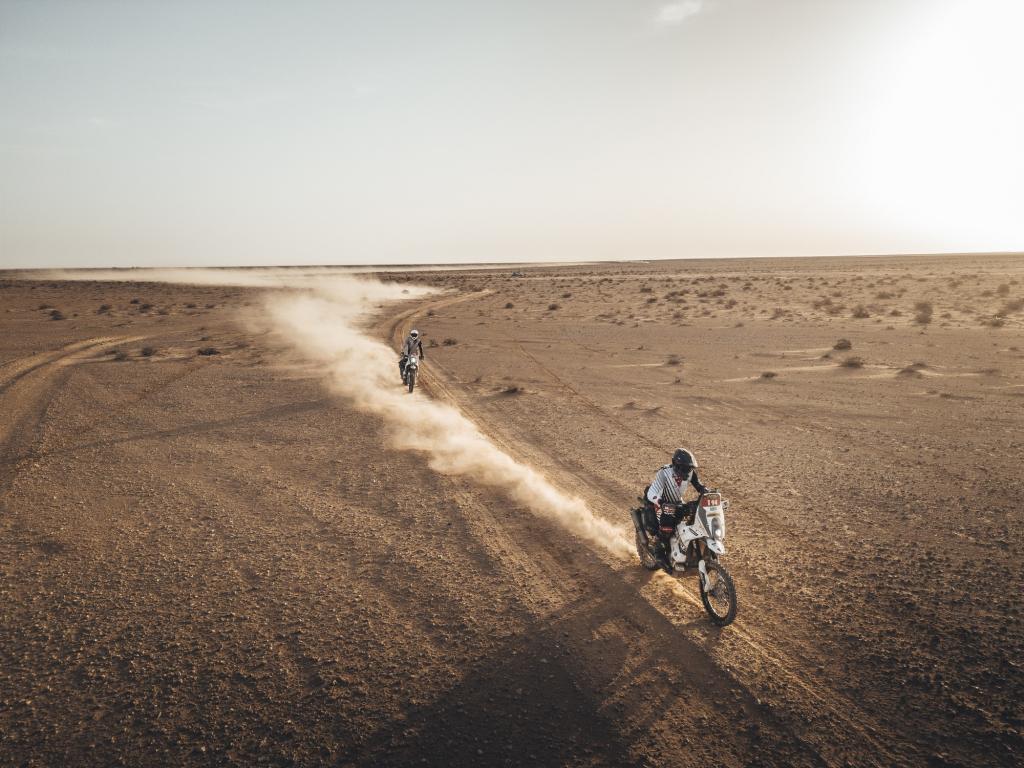 What is the Africa Eco Race and how did start?
The Africa Eco Race was born in 2008 thanks to two men who wrote the history of the greatest cross-country rallies, Jean-Louis Schlesser and René Metge, in close collaboration with Morocco, Mauritania and Senegal. Their goal was to bring rallies back to Africa and in particular to the mythical Lac Rose in Dakar, Senegal, following in the footsteps of Thierry Sabine, founder of the original Dakar Rally.

Why is it called an eco-race?
Because the impacts on nature are tightly controlled with minimal disruption to the environment. The bivouacs are prepared and cleaned by local service providers, waste is incinerated on site, oils are collected, and rubbish bags are sent to the nearest waste treatment centre. The route is defined in close collaboration with the authorities of the countries crossed, in order to avoid protected areas such as national parks. Some of the organisation's vehicles are equipped with photovoltaic panels in order to use the energy stored throughout the day to carry out their missions without having to use generators.

What impact does the Africa Eco Race have on the local community?
The Africa Eco Race has been involved for several years in many “solidarity projects”. These include planting trees in Nouakchott, the Mauritanian capital. Several thousand Eucalyptus trees have been planted on Avenue Gamal Abdel Nasser leading up to the beach and towards the port to replace the trees that were torn down during the renovation. With the help of competitors, the Africa Eco Race has also delivered and commissioned a solar power plant for autonomous operation, which was handed over to the ‘Khaima des Petits’ school in Nouakchott. It has also provided portable solar lamps to children attending schools in rural areas not connected to the electricity network and crossed by the rally. In 2020, nearly 500 lamps were distributed in Mauritania, and more than 2500 lamps since the creation of this project. 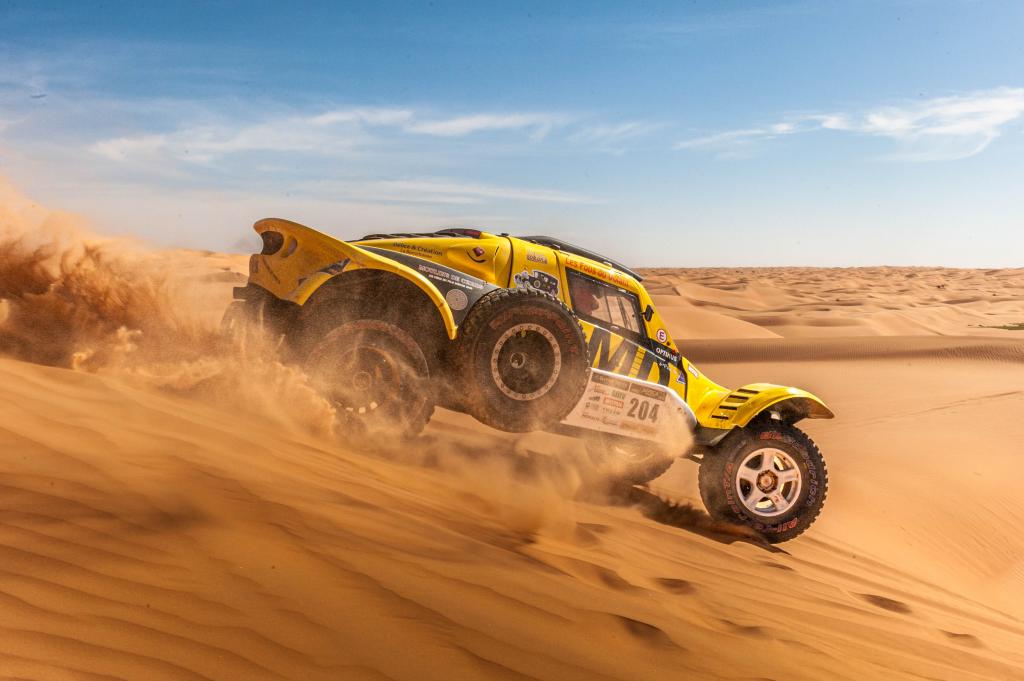 Do any of the competitors compete in sustainable vehicles?
There have been several eco-responsible competitors: Arnaud Jacquart competed on a 100% electric motorbike, a prototype based on a Yamaha, without using a single drop of fuel and recharging the batteries of his motorbike at the bivouac using photovoltaic energy. There was also Team Latvia, which had an electrically powered car – an Oscar EO Hybrid. André Lenoble’s motorbike was a Yamaha equipped with photovoltaic cells, which limited the use of the alternator on the engine and further reduced the production of CO2. And Willy Jobard used a hybrid motorbike powered by water. This system made it possible to significantly increase the engine's efficiency, reduce consumption and limit carbon dioxide emissions. Moreover, Willy used bio-ethanol fuel transported throughout the event by the Africa Eco Race organisation. The Kamaz Master Team, using a hybrid gas truck using a mixture of methane and diesel, demonstrated the possibilities of using natural gas as fuel. 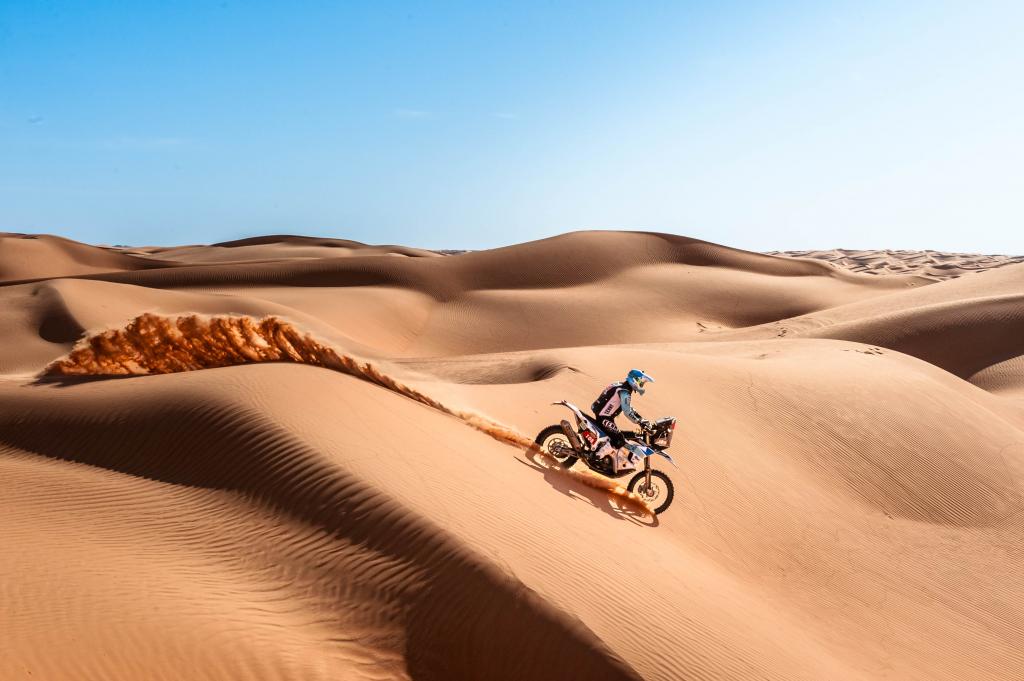 How else do the competitors and teams help the local community?
The tradition of the African rallies is to take advantage of its passage to help the populations of the countries crossed. Since its creation, about 30% of the participants bring their support or make donations which are then redistributed by the organisers. Thanks to this, many actions have been carried out during the race and have helped many associations and schools.

How is Motul involved in the Africa Eco Race?
Some riders wish to participate in the Africa Eco Race to challenge themselves by living their adventure, without assistance, the “hard way", like real heroes and it is possible thanks to Motul’s involvement. Motul is the official lubricant supplier of the Africa Eco Race and provides drivers and riders with products and also technical support. Especially for the Motul Xtreme Rider category (riders without assistance) who benefit from Motul-specific support (mechanic assistance, light/electricity, rest area in the camp etc…), as well as appropriate equipment, helpful staff, goodies, dedicated advertisement/communication on social media and with logistics to guarantee the transport of all the pilots' equipment. 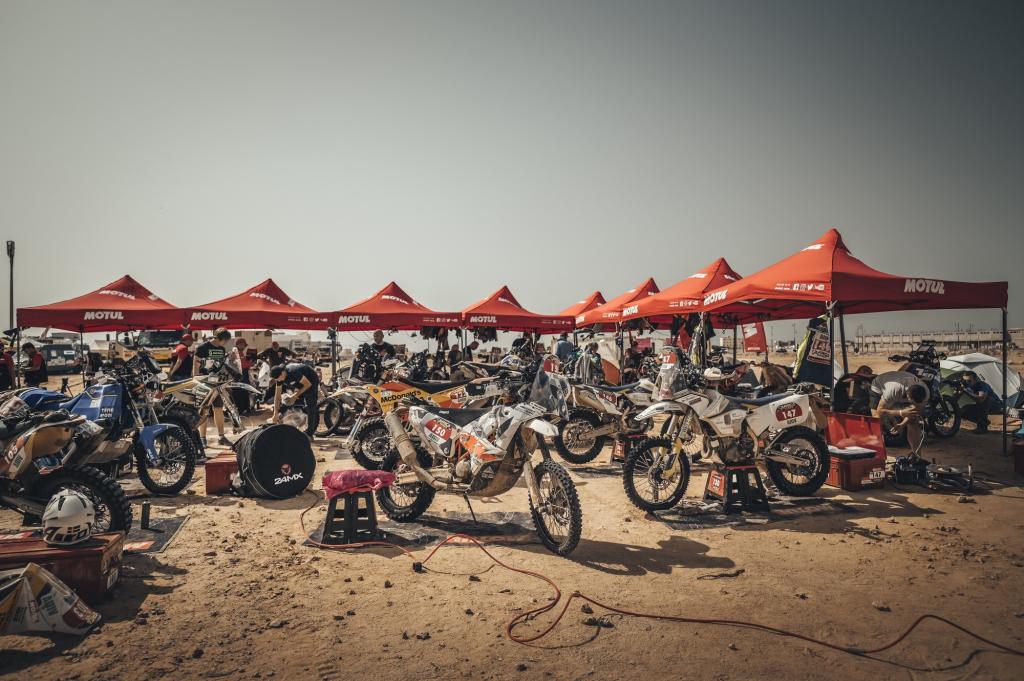 Tags: #africaecorace #poweredbymotul #industwetrust #offroad #MDRally
Share this on:
Read also:
WHY THE WORLD’S TOP RIDERS PUT THEIR TRUST IN MOTUL 0
REALISTIC NEW DAKAR GAME ALLOWS YOU TO RACE LIKE YOUR RALLY HEROES  0
WADE YOUNG: “MY GOAL IS TO WIN AS MANY RACES AS I CAN” 0
Comments (0)