On the 23rd December Motul ZIMKHANA show attracted fans of motorsport in Moscow and surrounding areas. Pilots and raiders overcame the wandering track on ice cover of «Zorkiy» stadium. The best drifters of the country competed on specially prepared auto "Zhiguli", and motorcycles "Ural" with two driving wheels were tried by Motul athletes from the most different motodiscines. 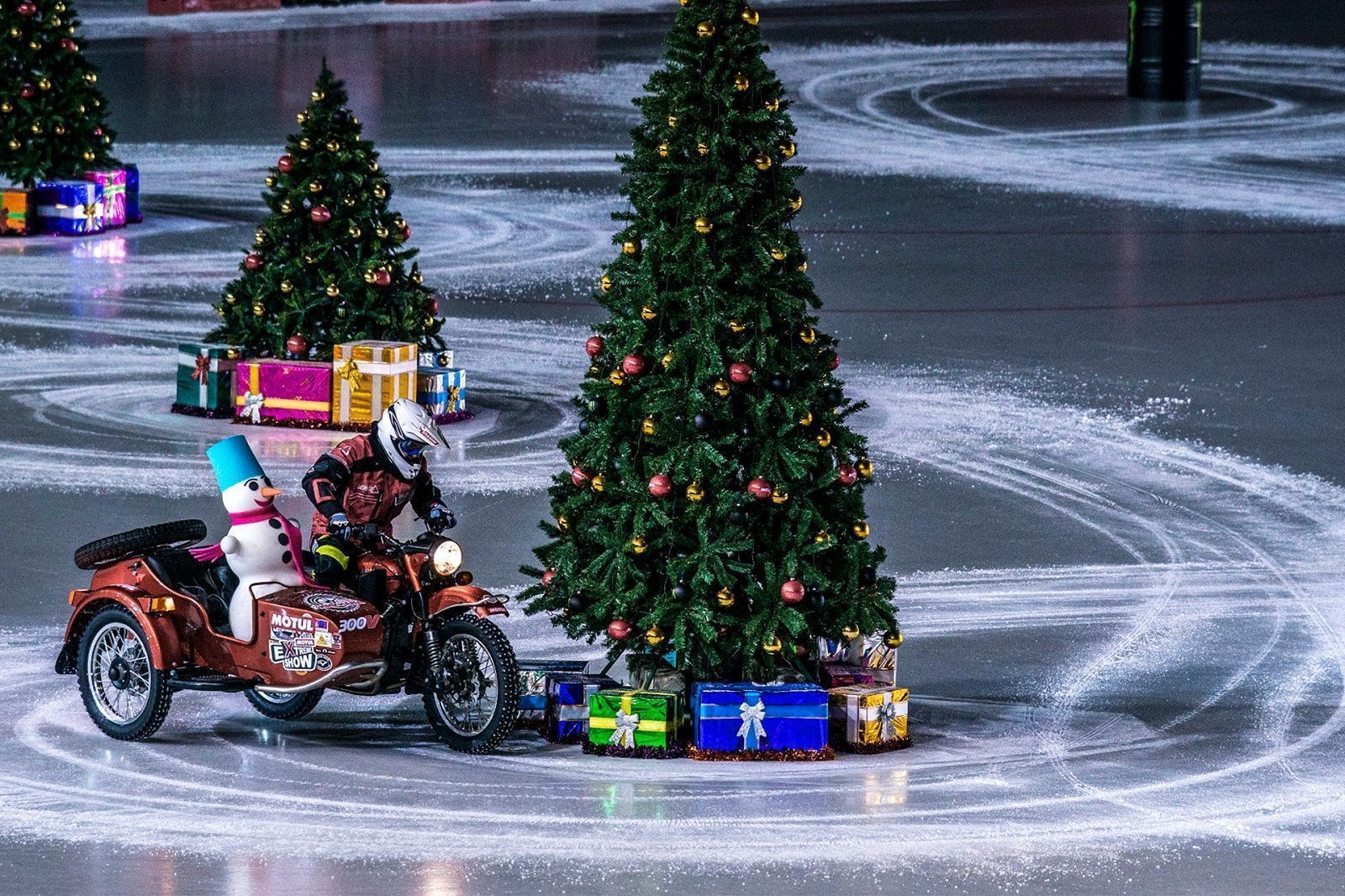 The unique format of the extreme show was a novelty for spectators and sportsmen alike. The unstandard track was created by Georgy Chivchyan and  Arkady Tsaregradtsev some of the best drifters in Russia especially for ZIMKHANA. Pilots and riders for the first time tried the technique and the track in training and qualifying races on the morning of the сompetition day, where the pairs for the race were determined. The conditions of the winter version of "GYMKHANA" put professional pilots and amateur riders in the same conditions, where the first place is the ability to feel a car or a motorcycle. 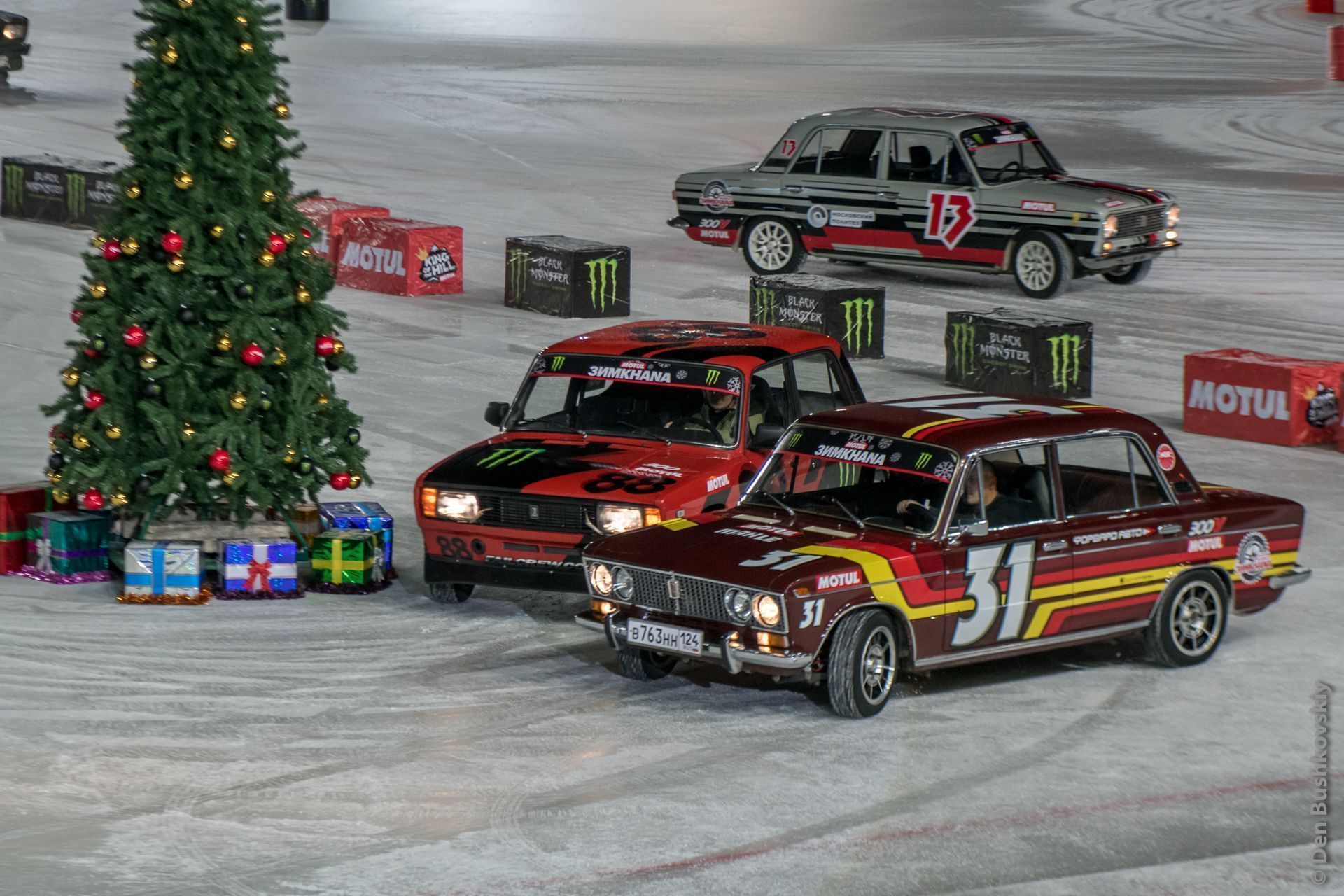 Georgiy Chivchyan: «Zimkhana is a show, an entertaining event, friends, acquaintances and excellent pilots. Previously, I did not have to take part in something like that, so it was most interesting. Morning training was slow and tidy, but by the time of the main races, all the participants had rolled around well and became angry in sports. It was cool to watch so many cars, participants and viewers in one place. I will be glad if next year I will be called back to Zimkhana.» 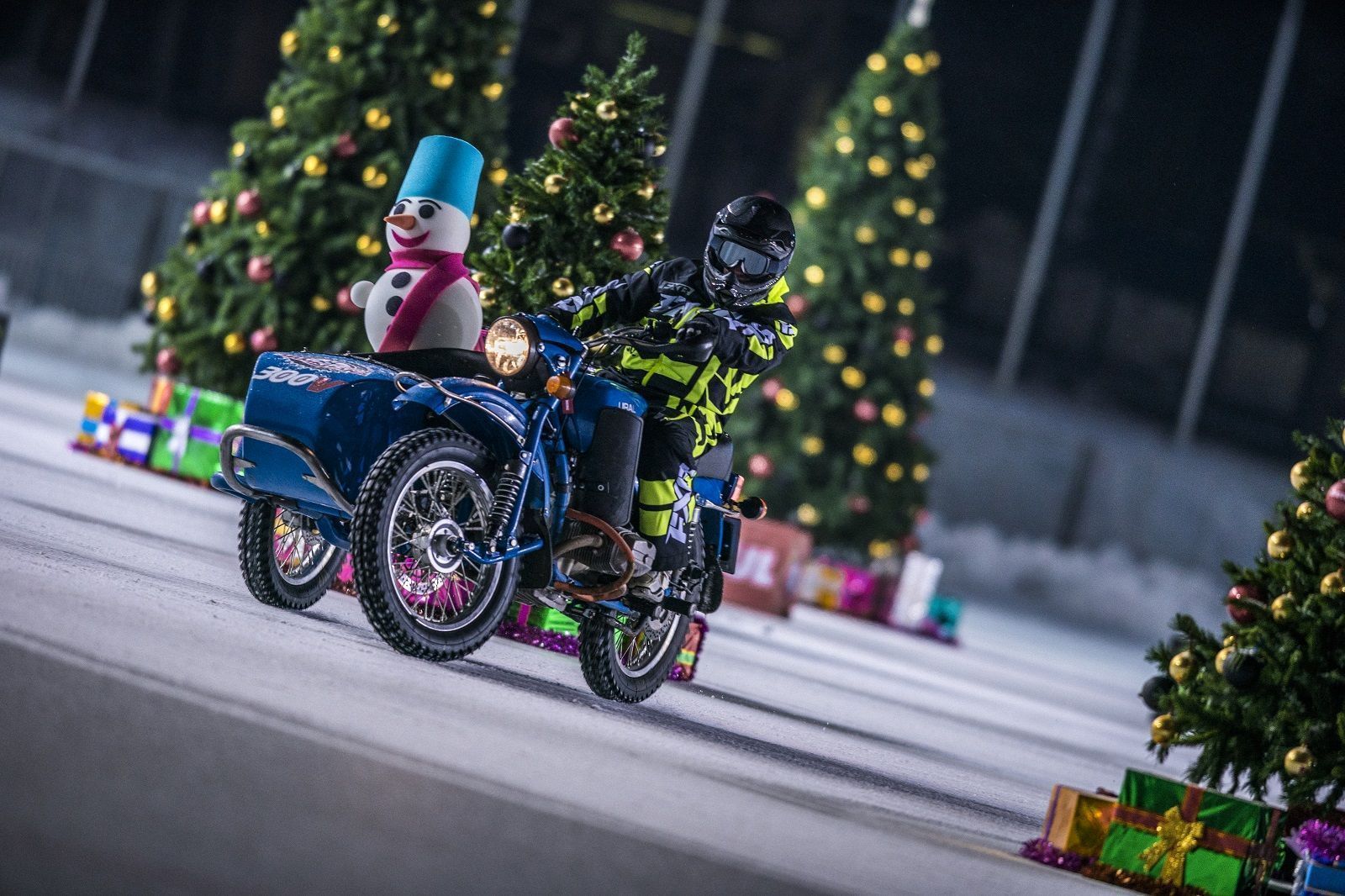 Motocross freestyle athlete and the winner of the first race Motul King of the Hill, Sergey Belokrylin took first place in the class "Moto" confirming his skills. The champion of Ukraine on drift, Alexey Golovnya became the winner in the class "Auto", who beat Nikita Shikov literally on the last meters of the track. Along with these, young riders also competed: fifteen-year-old Foma Kalinin, who took second place in the Moto class, and Nikita Prisyazhnyuk, a thirteen-year-old champion in stuntraining in the OPEN class. In addition to the athletes, representatives of the factory "IMZ" fought for the victory. 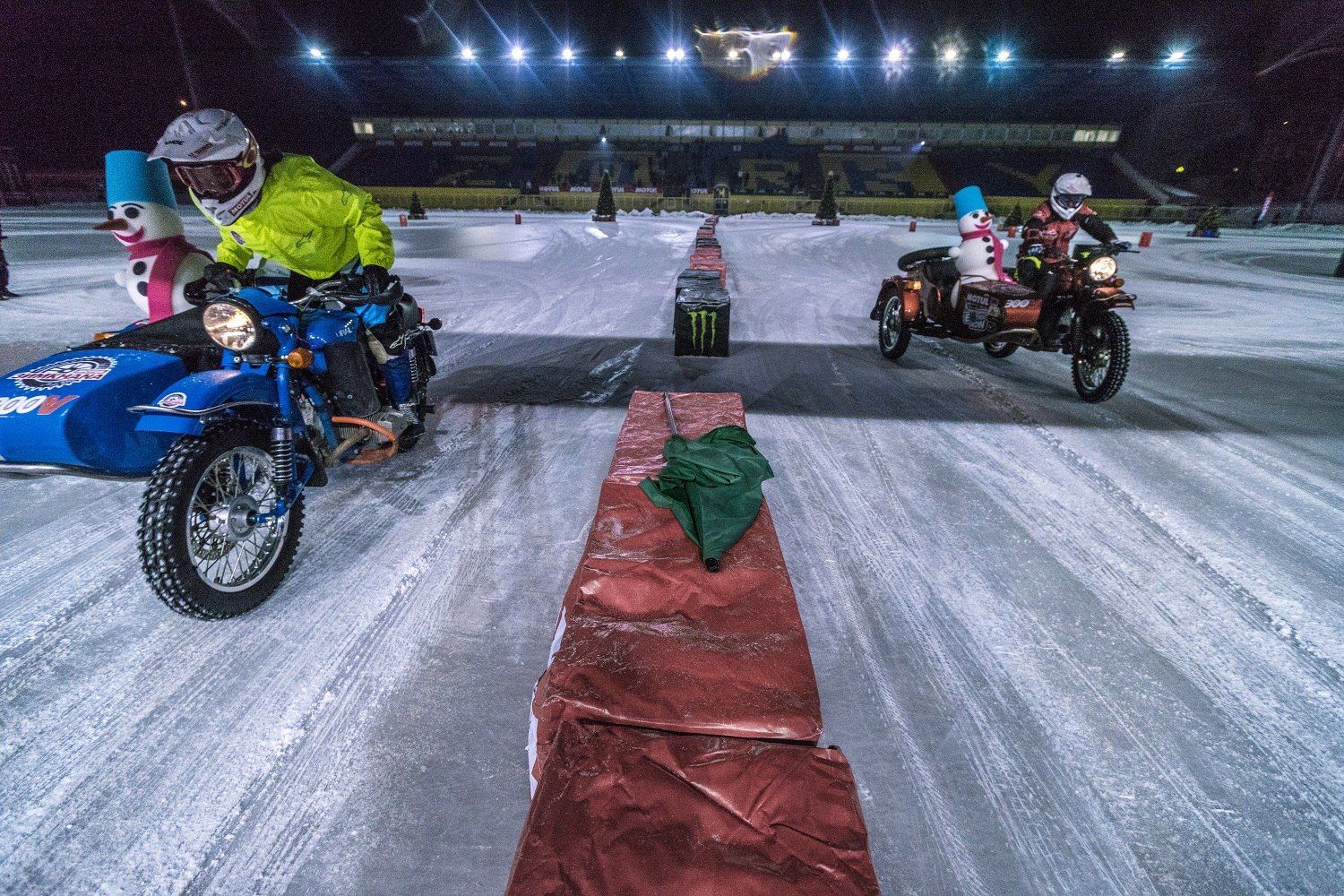 «I have only the most positive impressions. It turned out fun, fervently, sportily and there is much more to develop. It turned out, it's very interesting to ride a motorcycle with a stroller on the ice. Of course, the two motorcycles "Ural" differed slightly: they drove differently, held ice in different ways, but after the first race we changed and by routes and motorcycles, so the difference was leveled. It will be fun if next year in the carriages there will be passengers who will help to pass the distance of the track!» Anastasia Nifontova

Share this on:
Read also:
RYAN HUNT: THE SNOW BIKE CHAMP ON RACING AND HIS 350Z PROJECT CAR 0
THE 305 KM/H ELECTRIC BIKE BUILT BY STUDENTS ... 0
ANASTASIYA NIFONTOVA: "AS A RUSSIAN I'M USED TO GOING FAST ON ICE" 0
Comments (0)