PREVIEWING THE DAKAR RALLY 2022: OFF-ROADING DOESN’T GET TOUGHER THAN THIS

It’s only a few days left before the starting sign of world’s biggest off-road challenge. The Dakar 2022. As one of the key partners of this event, Motul is eagerly looking forward to it. Especially to the toughest challenge of all, the ‘Original by Motul’ class, where riders relive the true spirit of the early days of the Dakar. The riders must take care of technical maintenance on their own bike after a long day in the saddle. This is a challenge for man, woman and machine. Over 34 riders are taking part in this category. Supported by the Motul lab, one box of gear and some spare materials during their short nights in the bivouac, this is a real test over two weeks. Besides this category, Motul is also partnering with the Honda and Sherco factory teams. This is a short preview of what can be expected. 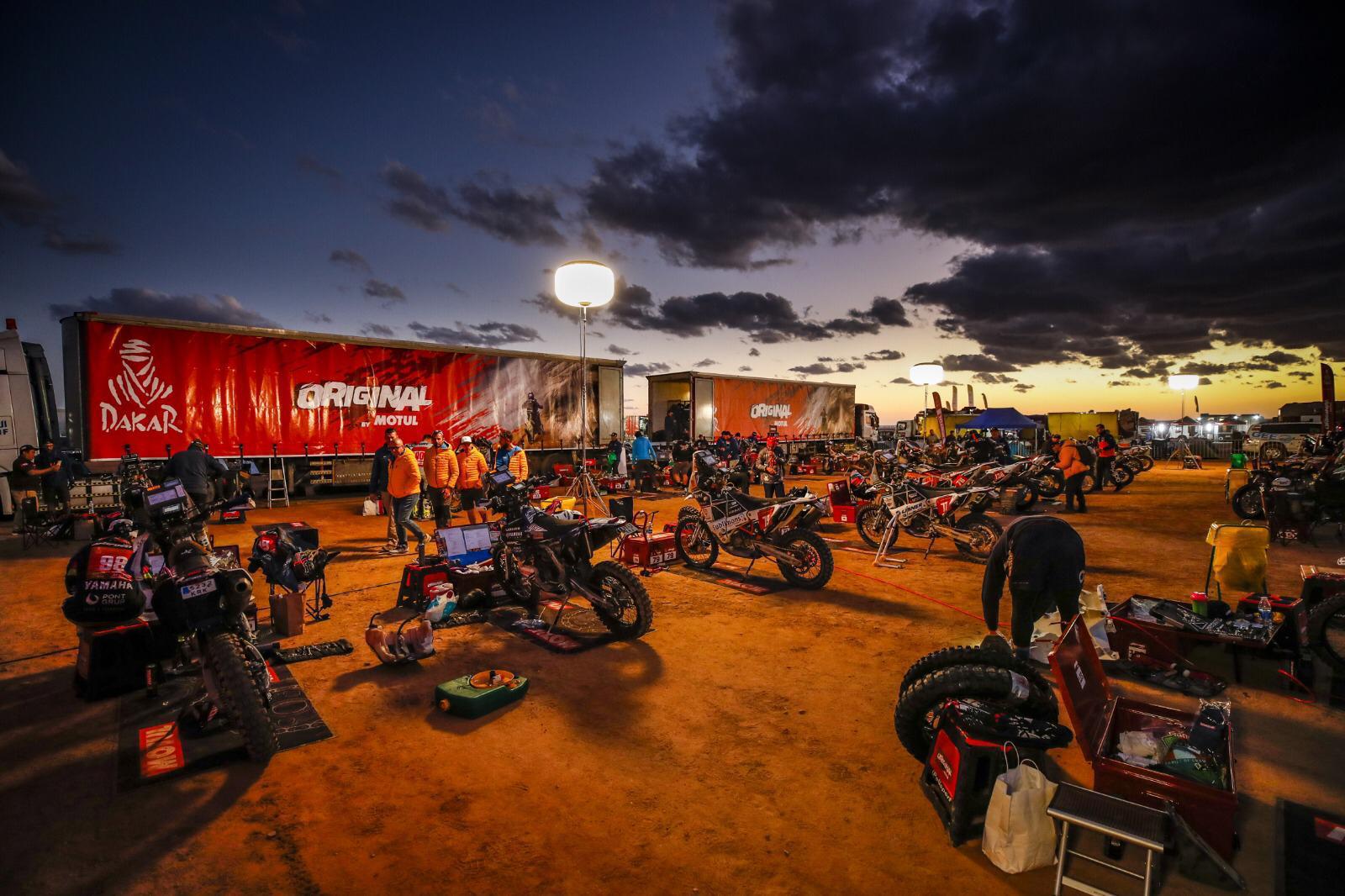 ORIGINAL BY MOTUL: THE HEAT IS ON!
The origins of the “Original by Motul’ category go all the way back to 1978 when Thierry Sabine started the original Paris Dakar rally. During this era all the riders were essentially “Originals”. Over the years the competition became more professional, and more and more works teams got involved. However, to keep the spirit of the Dakar they kept one class for riders who chose not to have any outside support or assistance. It was called the ‘Malle Moto’ category. “Malle” is the French word for crate or case. So literally it means motorbike riders who live out of a crate. When Motul teamed up with the ASO as key partner in the Dakar the name of the Malle Moto category was changed to the “Original by Motul”.  The origins remain the true spirit of the Dakar and only have themselves and each other to find new and ingenious ways to keep on going through the gruelling race. These values align perfectly with Motul’s core values. Off-road rallying does not get purer than this category. 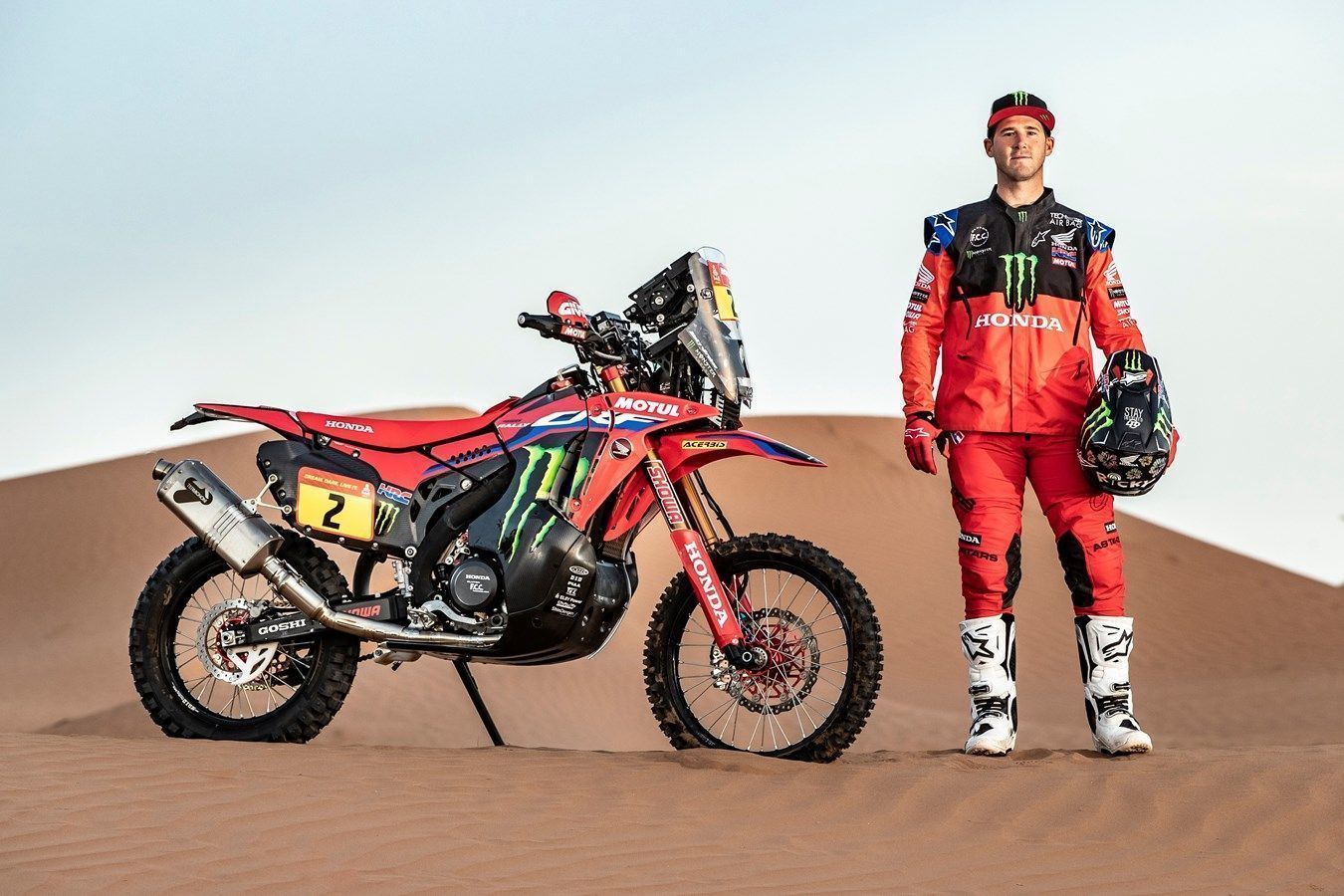 HONDA’S RICKY BRABEC: “OUR MAIN GOAL, IS TO WIN THE DAKAR AGAIN”
One of Honda’s factory team key pilots, Ricky Brabec is ready for this year’s challenge: “We were very close to achieving another win for Honda in 2021. Unfortunately, two major setbacks haunted us the whole rally. This year, in preparation for 2022, we know where to start training and we know how to progressively train. I’m looking forward to seeing how it has helped us. Obviously, the main goal is the Dakar for any Honda rider. We have four good, strong and confident riders. Unfortunately, I want to win, but so do the other three. If one Honda wins, or two, or three, or just one gets on the podium, it’s a team effort and a team win. So, that’s our main goal, to win the Dakar again.” 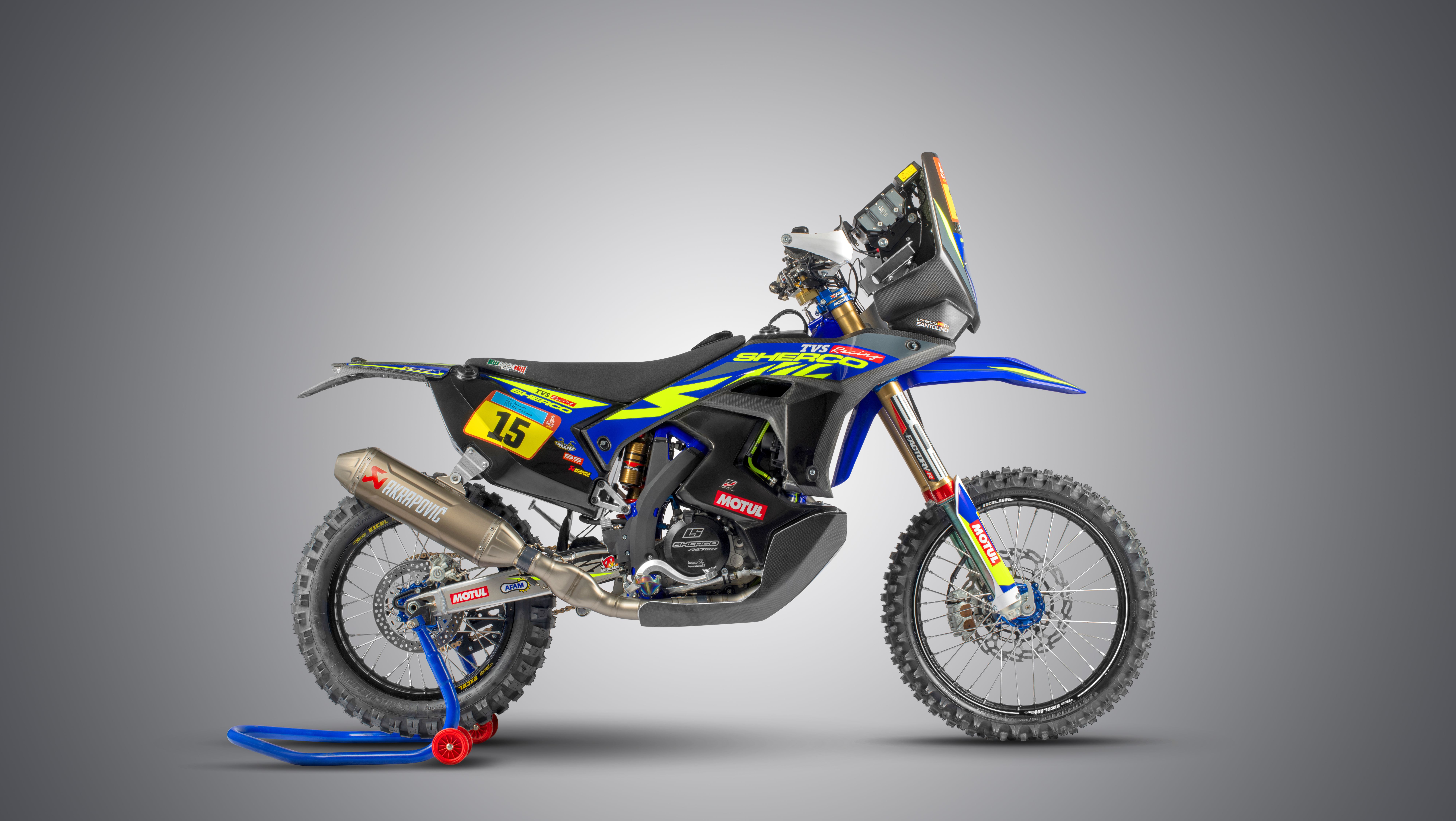 SHERCO 450 SEF RALLY – A 100% NEW MACHINE, DESIGNED TO RIDE AT THE FRONT OF THE PACK
Sherco and Motul started their collaboration a few years ago. For this Dakar edition, Sherco’s engineers sharpened their pencils and launched a completely redesigned rally-oriented motorcycle: the 450 SEF RALLY. Lorenzo Santolino, Rui Goncalves and Harith Noah will race the 2022 Dakar on this completely new machine. The bike has been developed in the Sherco factory competition department workshop, where it has been completely revised. It is, however, closely linked to the production 450 SEF factory bike, and it presents a very enduro DNA, with smooth lines and a slender design. These features provide the rider with a feeling of lightness and incomparable manoeuvrability, major assets for navigating in the dunes of the Saudi Arabian desert. Tested in race conditions in its prototype version at the Rally of Morocco, it is a revised and improved copy which will line up at the start of the 2022 Dakar powered by proven Motul lubricants. 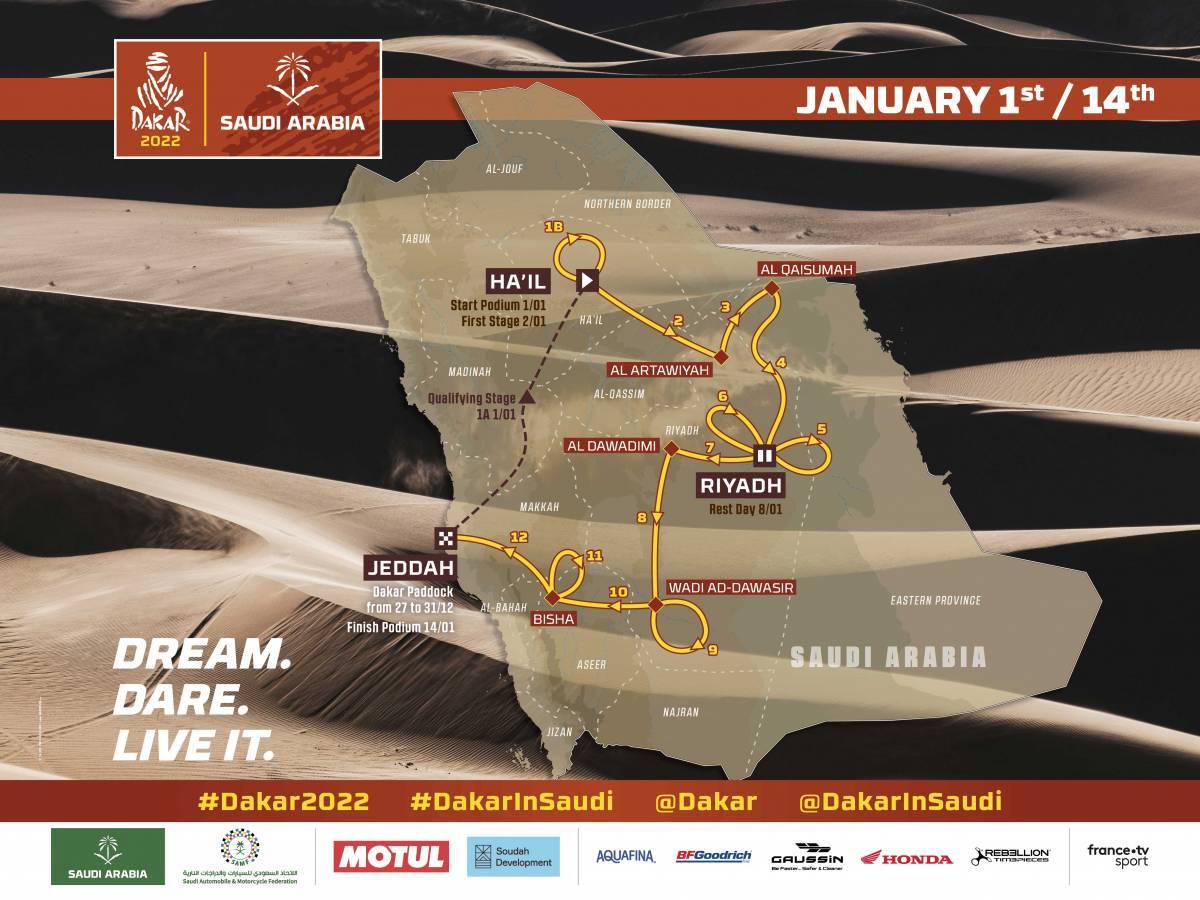 THE ROAD TO DAKAR: EATING DUST DURING 8,000 GRUELING KILOMETRES
The show will get on the road in Jeddah, the port city that welcomed Dakar entrants to Saudi Arabia in 2020 and was set to host the Formula One World Championship on its Corniche Circuit. The prologue will kick off on the 1st of January 2022 with a trek to Ha'il, located at the crossroads of the historical trade routes of Saudi Arabia. A 19km mini-special will spice up the long transfer. The prologue will provide a fleeting glimpse of things to come in the 44th edition: "Sand in all shapes and colors", as Dakar organiser David Castera puts it, promising desert aficionados as many dunes as they can take, as well as a hodgepodge of tracks that will tease the minds and knot the stomachs of even the very best navigators. 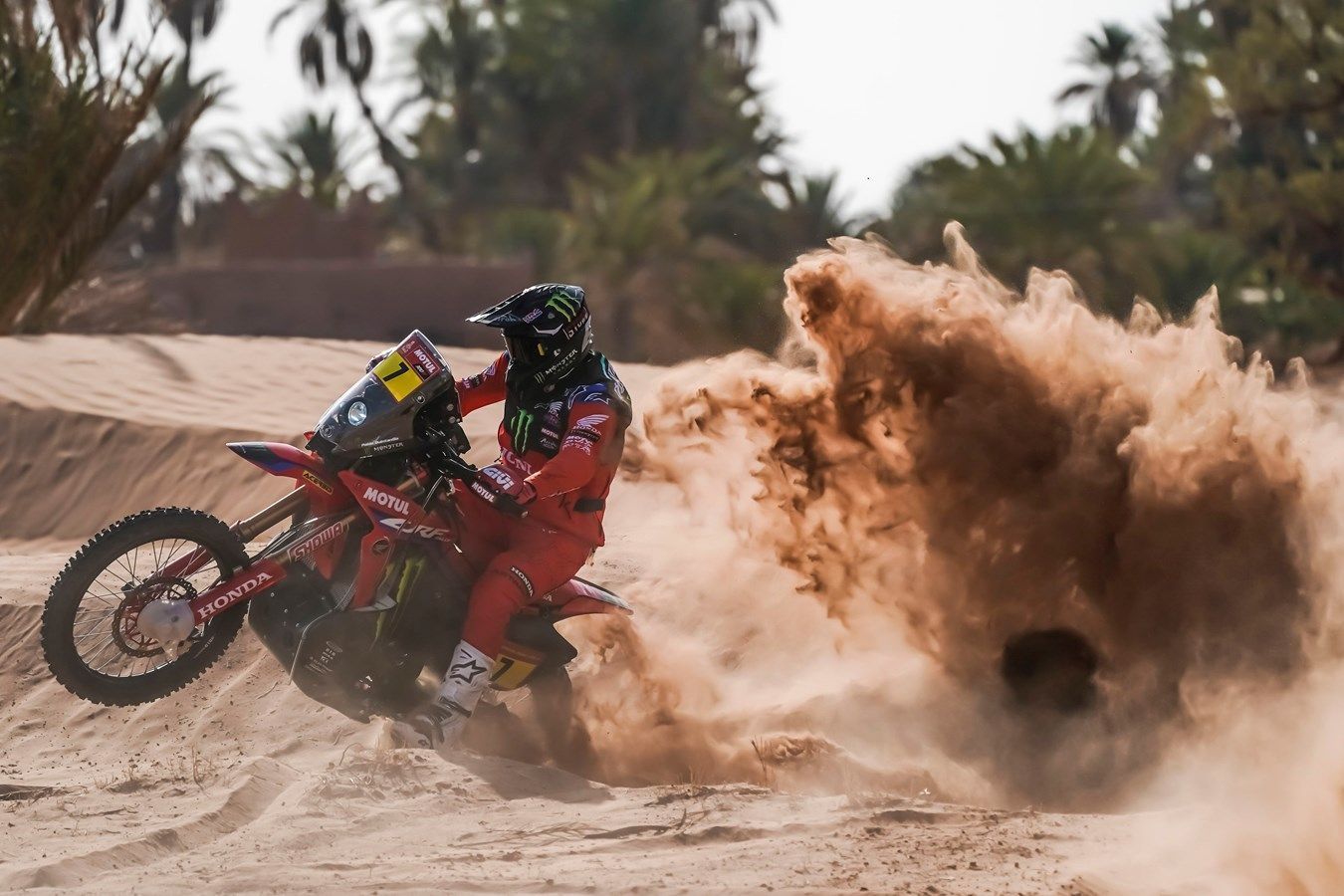 1ST OF JANUARY, FIRST RALLY
After the real start on the 2nd of January, man and machine alike will have their endurance put to the test over a total distance of more than 8,000 km, in a journey that will take them to the capital in Riyadh before returning to the shores of the Red Sea. The stopwatch will be running for about 4,300 km of special stages. The 430 vehicles in the race and the 148 crews in the second edition of the Dakar Classic will undergo technical and administrative scrutineering in Jeddah on 30 and 31 December before the prologue on January 1st. 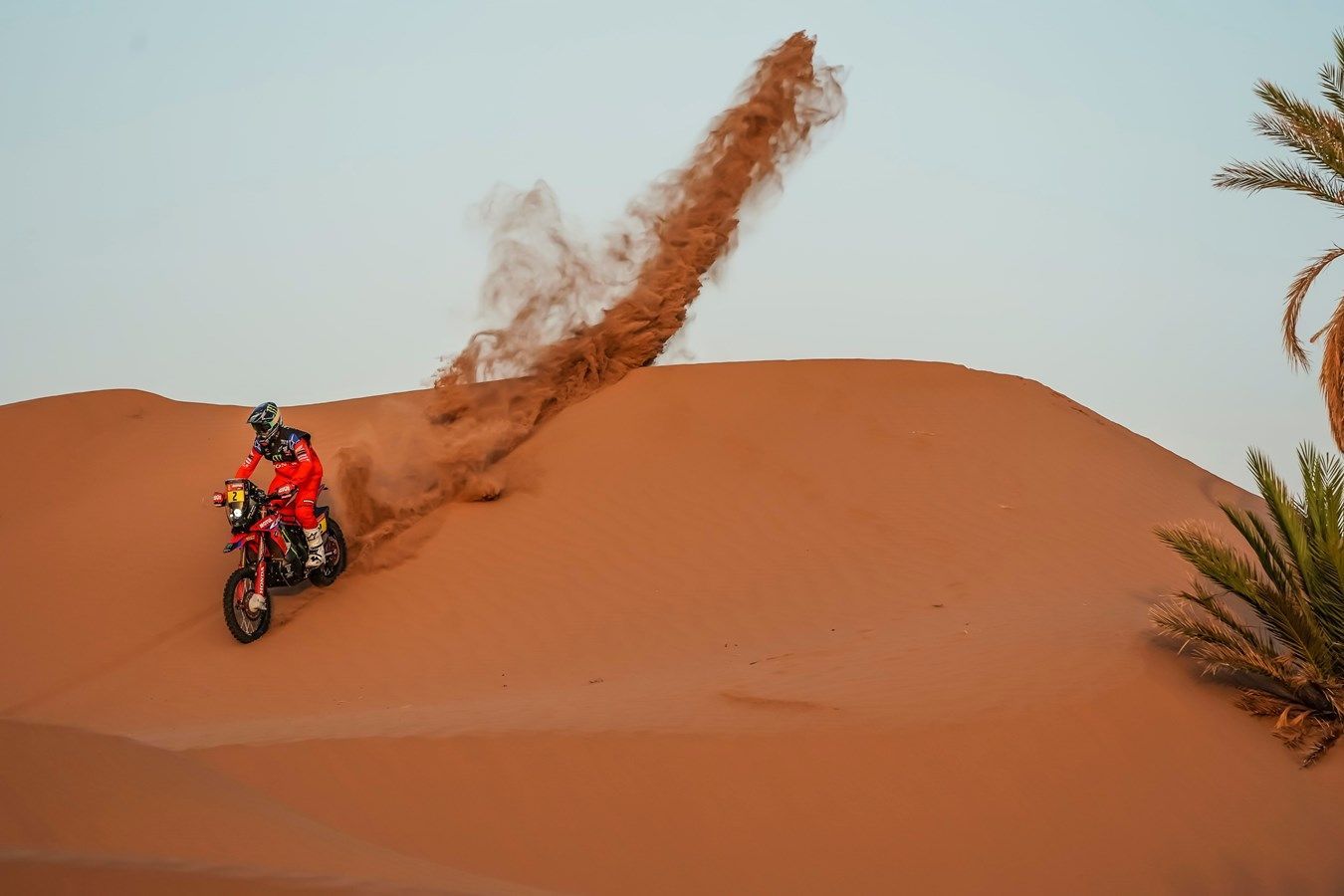 FOLLOW THE RALLY
You can follow the rally and the Motul backed riders via Motul’s social channels:
https://www.facebook.com/motul
https://www.instagram.com/motul/
https://www.youtube.com/c/MotulLubricants

Tags: #dakar2022 #poweredbymotul #hondaracing #shercoracing #originalbymotul #theheatison
Share this on:
Read also:
AUSTIN JONES: “WINNING THE DAKAR IS EVERYTHING” 0
ORIGINAL BY MOTUL WINNER ARUNAS GELAZNINKAS: “I HAD TO DEFEND MY CROWN" 0
MONSTER ENERGY HONDA ROCKS THE DAKAR 2022 WITH A SECOND-PLACE FINISH  0
Comments (0)