EVERYTHING YOU NEED TO KNOW ABOUT THE 2023 DAKAR RALLY

The lid has been lifted on what riders, drivers and teams can expect at the 2023 Dakar Rally, which starts on 31st December with a prologue in the sands of Saudi Arabia. Rally legends Adrien Van Beveren and Sébastien Loeb took part in the launch presentation for the event a few days ago. Both men will race at the Dakar. Motul ambassador Van Beveren will be contending the Dakar on a Honda after joining the team earlier this year, chalking up wins at Andalucía and Morocco and proving he has the pace to challenge the leading pack. Besides the Original by Motul riders on their bikes, numerous other teams will participate on SSV's, quads, trucks and cars; amongst them the promising team from GCK. 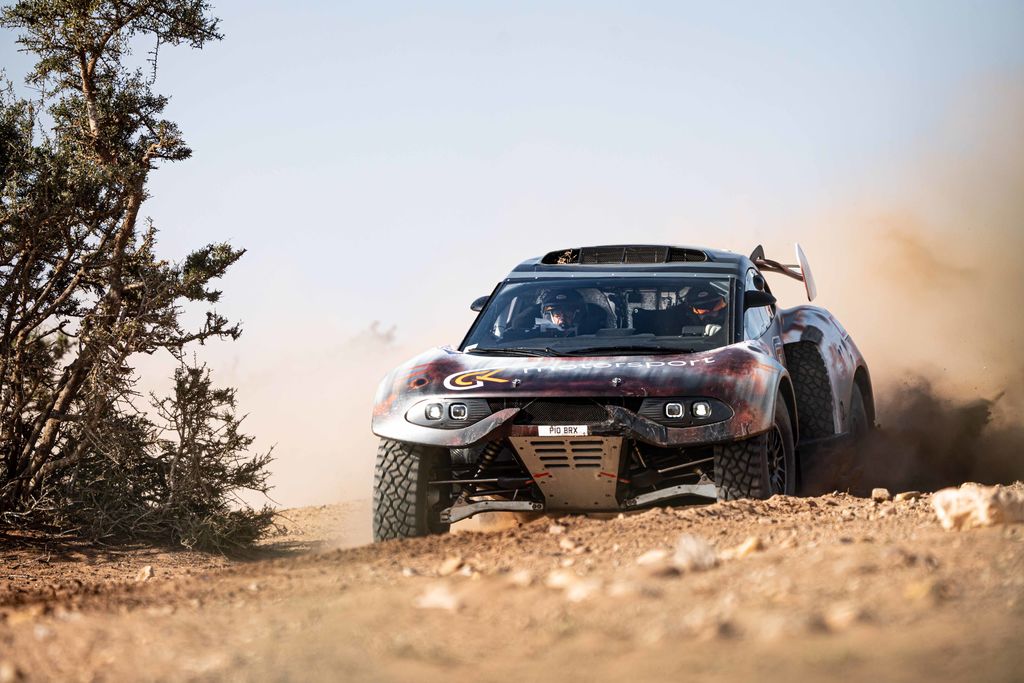 How long is the 2023 Dakar?
This is the fourth time the Dakar will be staged in Saudi Arabia. Extended over 15 days of racing, the competitors will travel more than 8,549km, of which 4,706 will be timed stages. A special four-day stage will see racers journey into the famous Empty Quarter. As of now, 365 vehicles are expected to take part in the 2023 Dakar. 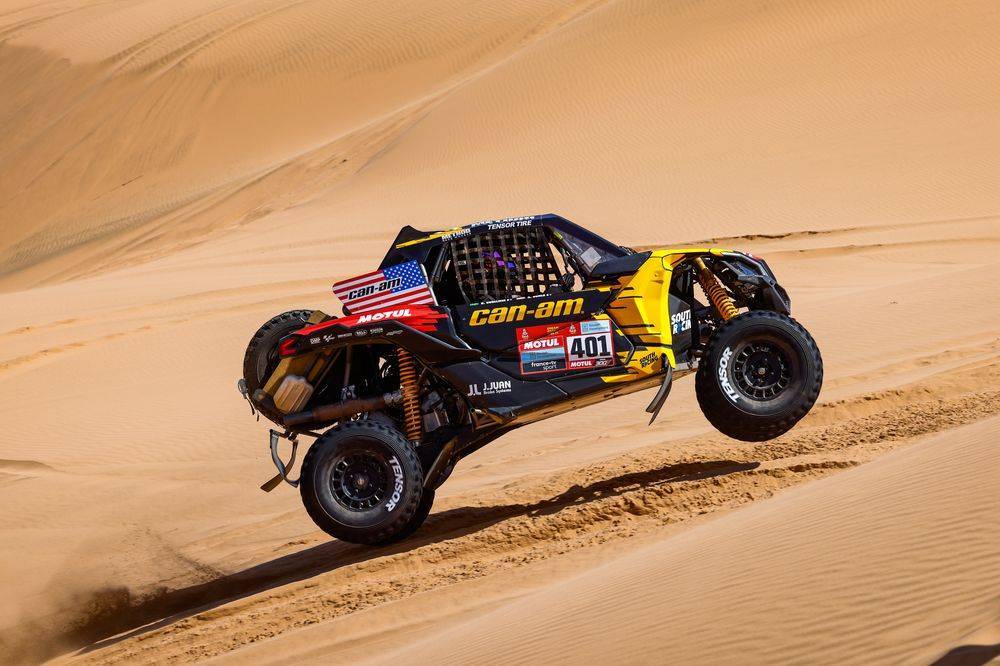 Who’s racing for Motul at the 2023 Dakar?
The Motul-backed Honda HRC Team will be one to watch as it goes head-to-head in the sands against esteemed endurance rally riders. Joining Van Beveren on the saddle will be rally legends Ricky Brabec, José Ignacio Cornejo and Pablo Quintanilla. 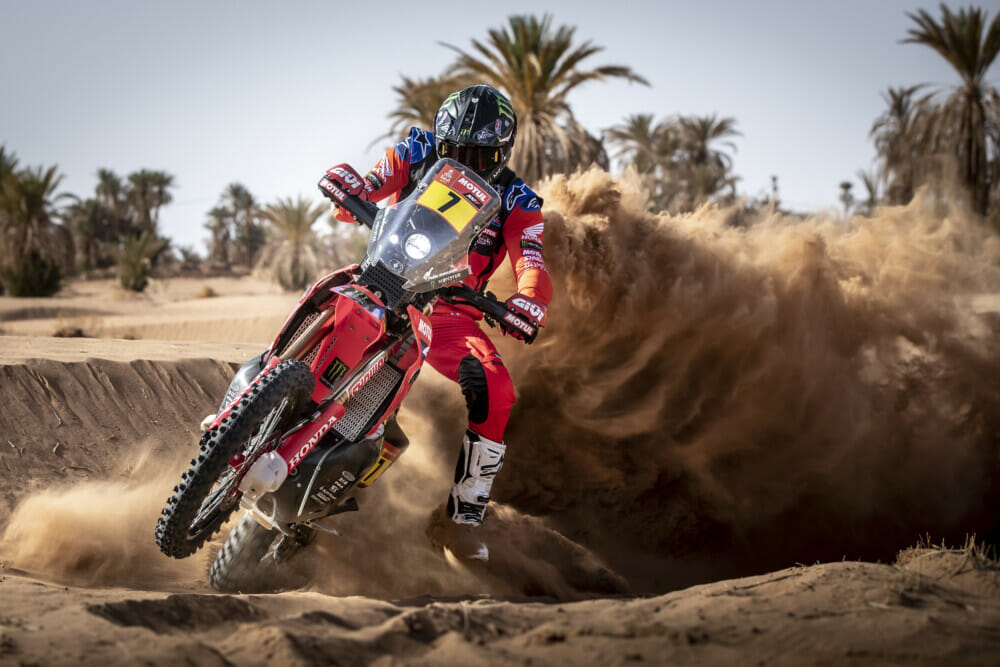 Brabec, who finished second in 2022 and won the Dakar in 2020, the first American to do so, said: “There’s more than a handful of guys who can win Dakar, but staying mentally tough and strong to get through the difficult days with yourself is a part not everyone sees. Once you’ve won the biggest motorsport race in the entire world, you know it can be done again.” 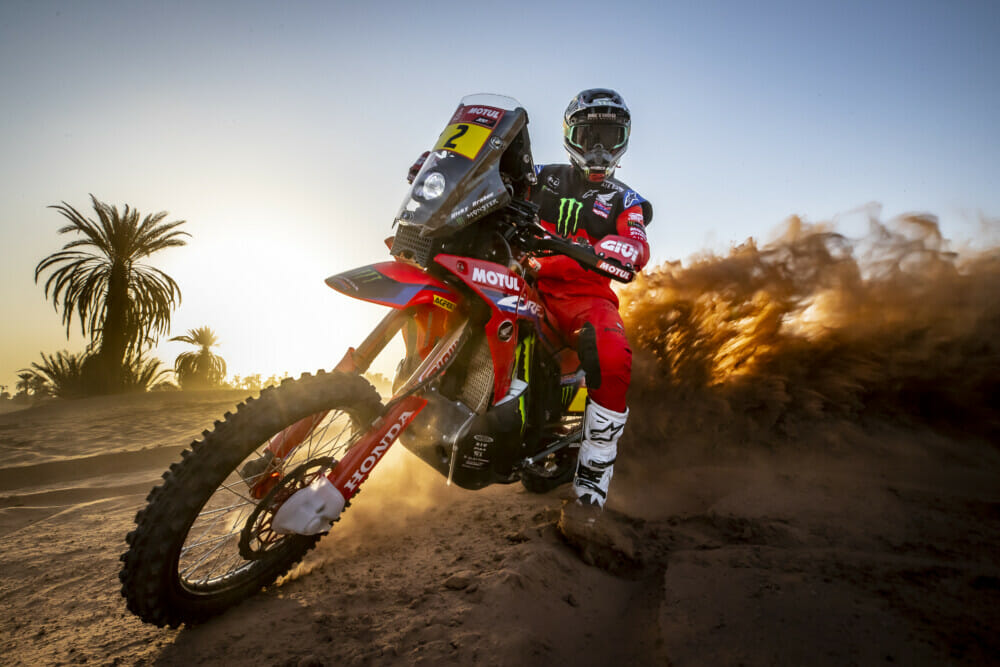 Pablo Quintanilla aiming for a top spot
Quintanilla, who came second in the 2020 Dakar, added: “It’s never easy. We always race in terrain I have never ridden before. Everything is always new. But the experience I have gained over the years also helps me to ride the situations during the races, to figure out a good strategy and to know when to push and when to ease back.” 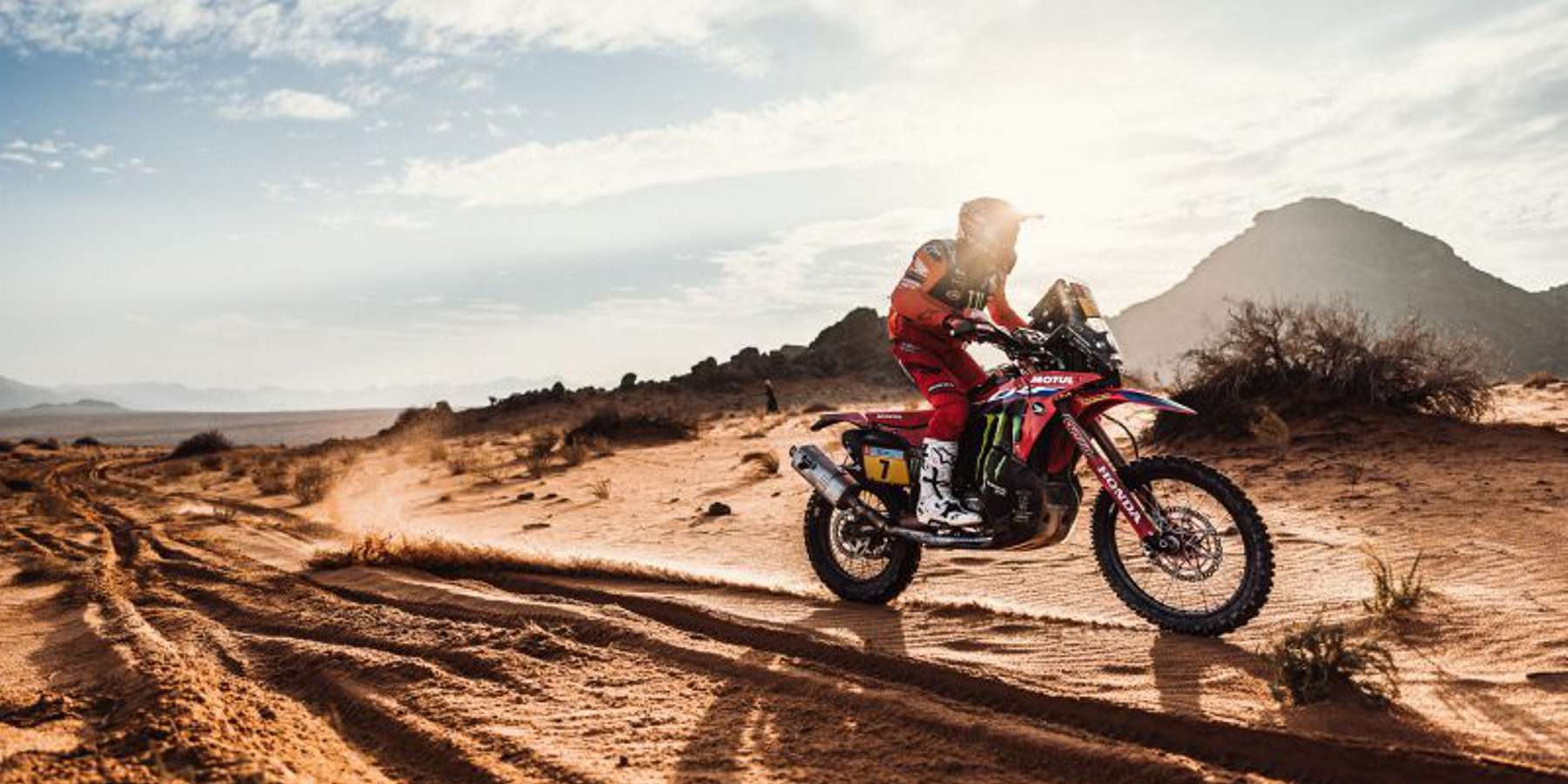 Van Beveren, who joined the HRC team earlier this year, is no stranger to the Dakar, racing in it since 2016. He recently said of his collaboration with Motul: “Motul is one of the references in our sport and in the oil world. In motorcycling, Motul is a really premium brand. Its products are super good quality, and the brand has a kind of fashion vintage vibe. It’s a really authentic brand and its products go beyond oil to things like bike helmet cleaners. It’s a really complete brand. It's a really useful partnership for me because it's not only about marketing, it’s about the products that I use, and need, every day.” 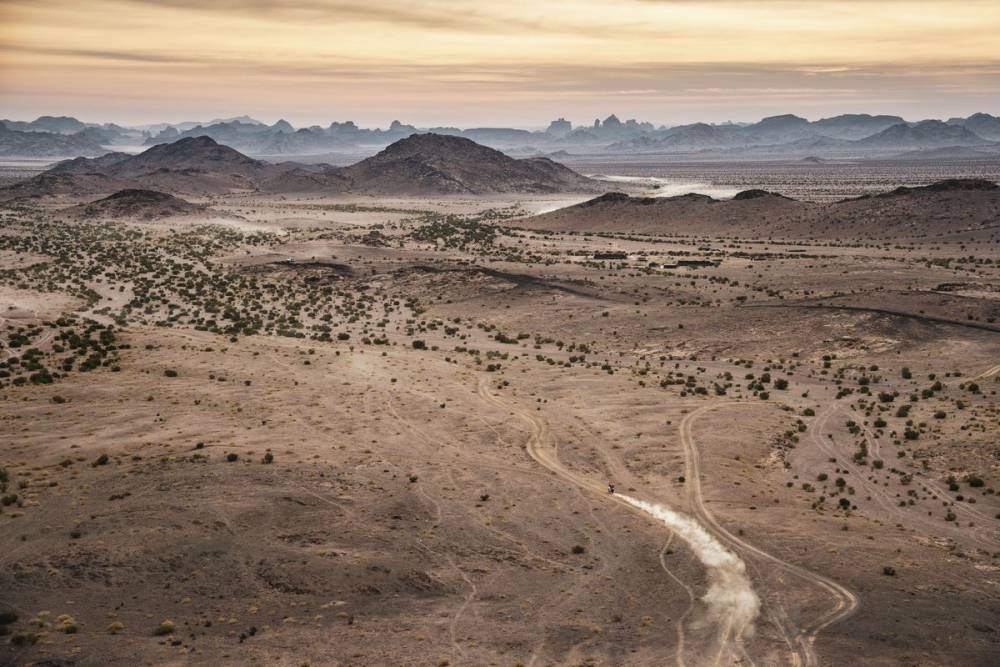 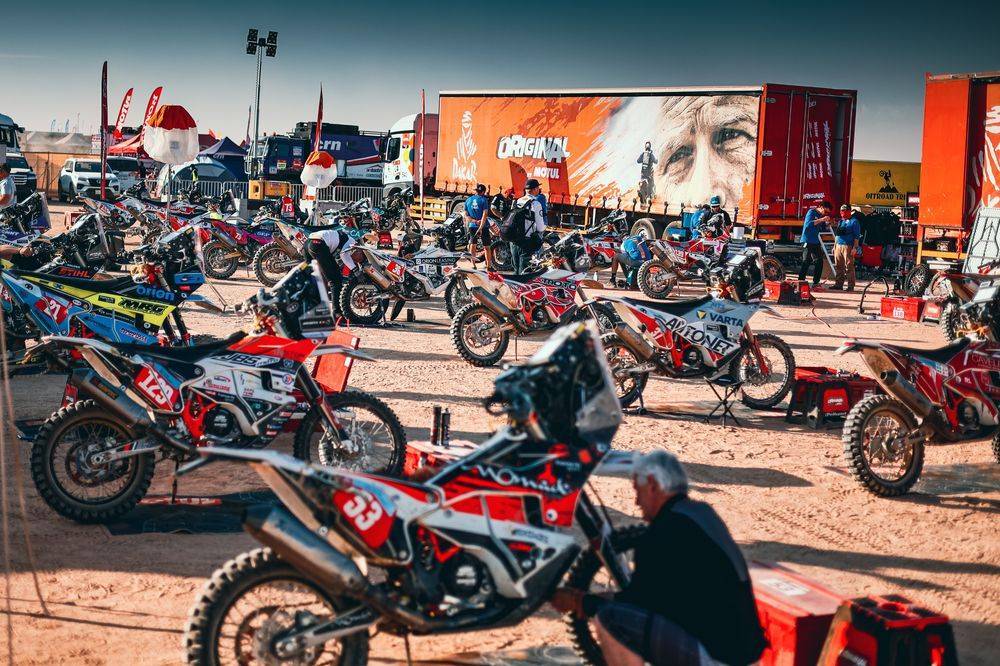 When is the Dakar on?
The Dakar rally starts on 31st December with a prologue, before the first stage starts on 1 January. The event then runs until the 15th January, with a rest day mid-way through the race. 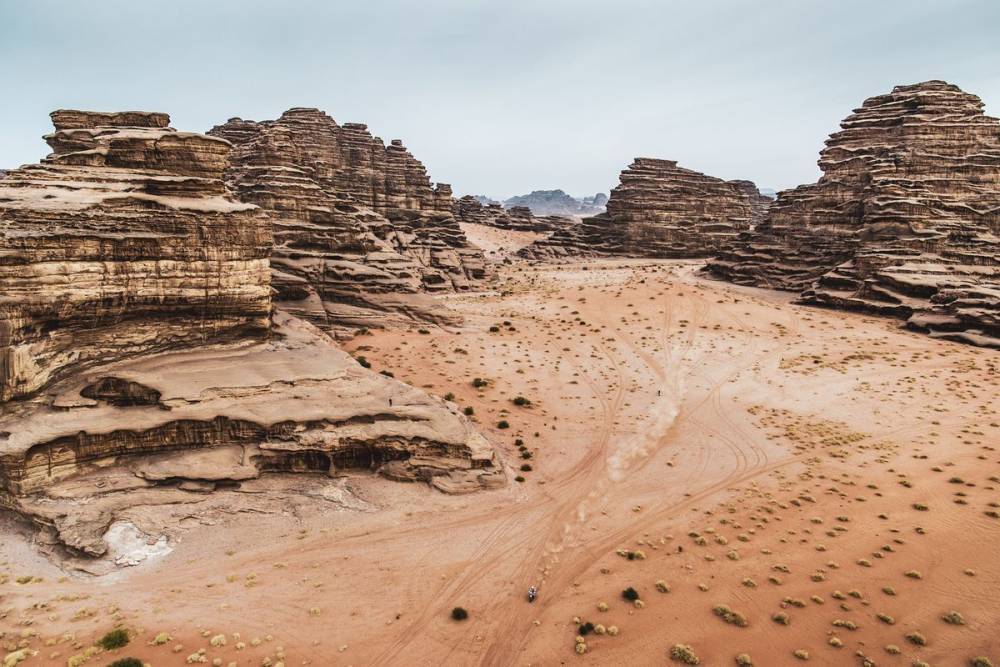 Tags: #dakar2023 #poweredbymotul #originalbymotul #hondaracing #gckmotorsport #industwetrust
Share this on:
Read also:
DAKAR 2023: WHAT THE WORLD’S LEADING OFF-ROAD RIDERS ARE SAYING BEFORE THE RACE 0
GOING IT ALONE IN THE WORLD’S TOUGHEST OFF-ROAD RACE: THE ORIGINAL BY MOTUL 0
ROUTE FOR THE 2023 DAKAR IS REVEALED – AND IT’S SET TO BE THE TOUGHEST YET 0
Comments (0)