HRC’S ORIOL BALCELLS: “LOOKING AT THE OIL FILTER, WE CAN SEE MANY THINGS”

The Dakar Rally 2022 is over. A tough two weeks criss-crossing the Saudi Arabian desert in search of a podium and the adventure of a lifetime. But behind the scenes, supporting the riders is a dedicated and skilled team of mechanics who make sure the bikes are in tip-top shape at the end of every stage and ready to face the challenges of the next day. We caught up with Oriol Balcells, one of the mechanics at the HRC team, after a thrilling Dakar which saw Monster Energy Honda’s Pablo Quintanilla finish second overall and the other three riders finishing in the top seven. 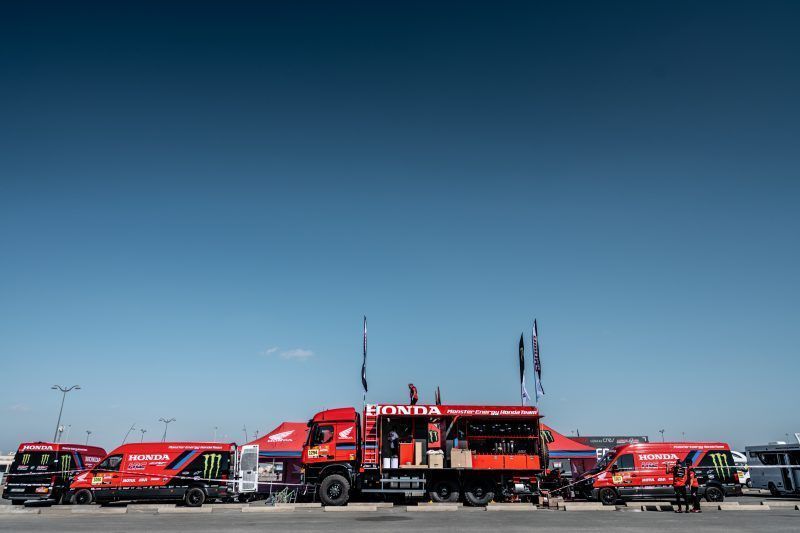 What’s it like being a mechanic at the Dakar Rally?
This year, I was working on the technical stuff, sharing all the information between the HRC engineers and the mechanics. I was working as a chief mechanic. We have a maintenance plan based on different tests throughout the year. Then with the results that we have from those tests we know the validity of the parts – not only the engine, but the transmission, brakes and so on. 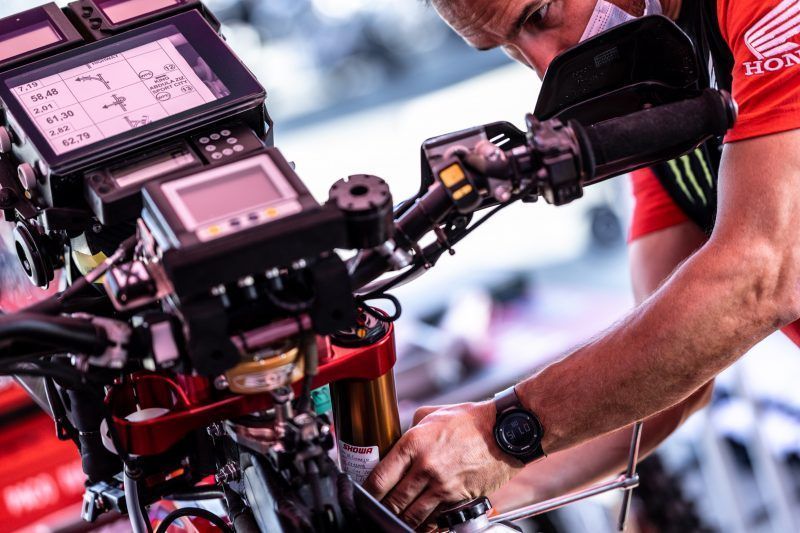 How hard is the Dakar from a mechanic’s point of view?
It’s tough. It’s not an easy job. You must be really focussed for more than two weeks because there’s a lot of preparation to have the bike ready to go and working at 100%. You wake up early in the morning. This year, we were up at 2:30am some days to do the last check on the bikes before getting in the sprint cars for the drive to the next stage, which could be 500kms away. Then we build the bivouac, prepare all the food, and when the bikes arrive, we start working. The service can take about three hours but if the bike’s been damaged, you could spend another two or three hours fixing it. Then we eat and sleep, to get as much rest as we can for the next day. This year was good because a lot of the stages were in circles, so we could keep the bivouac at one place for a few days.

How does Motul help make your Dakar more successful?
Motul helps us a lot to analyse all the materials that the oil can show us such as iron and aluminium. Looking at the oil filter, for example, we can see many things. Through all of this, we have a lot of information to hand. We’ve been doing it this way for many years, and we know if the engines will have any problems. It’s then easy to see in time if there’s going to be an issue. 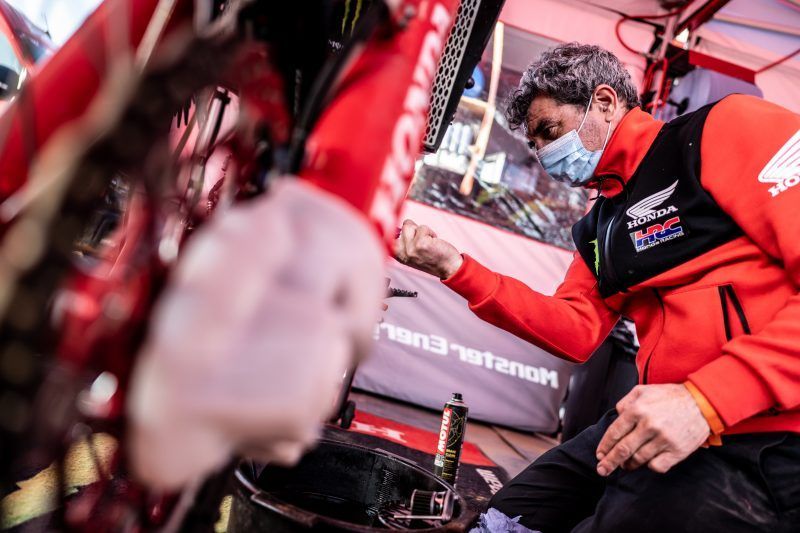 What are the benefits of Motul’s lubricants in an extreme event such as the Dakar?
We switched from 5W40 to 15W50, and that’s the best oil we can use because of viscosity and all the other benefits that this oil has. 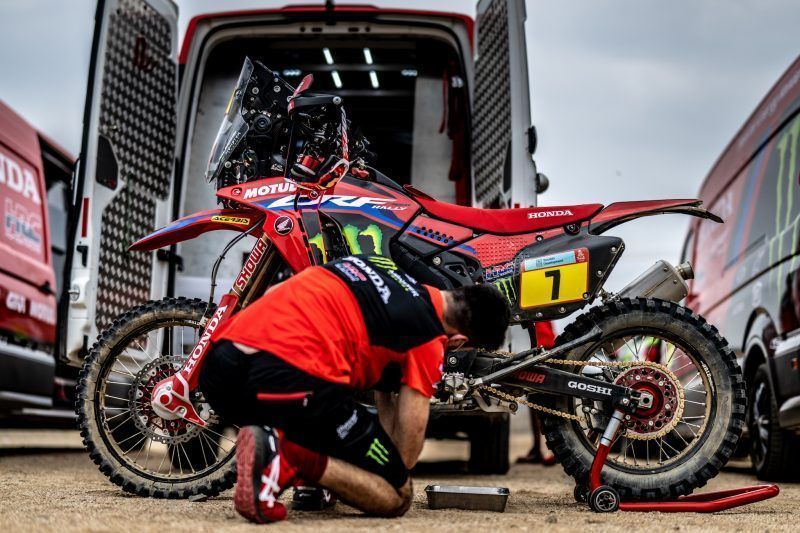 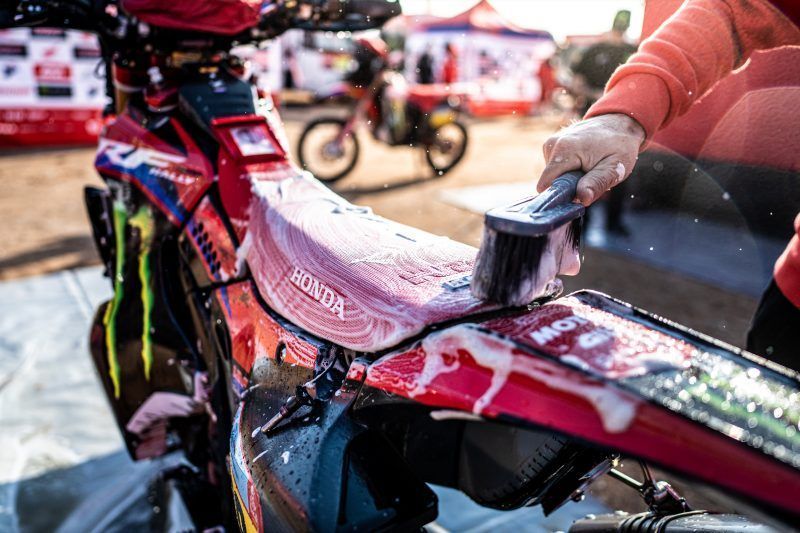 The preparation of yourself and the team obviously worked, as you scored a good result at the Dakar.
Overall, we are happy. The four bikes made it to the finish line. We finished in the top seven for bikes, which for us as a team is a very good result. Obviously, we want to win, and this makes us more motivated for next year. This result shows all the work throughout the year and the past years. 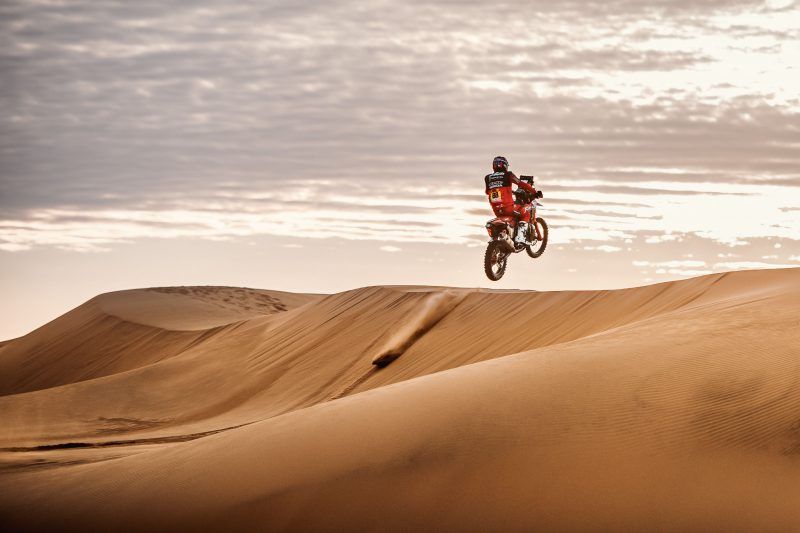 Tags: #hrcracing #powersports #poweredbymotul #dakar2022 #mechanicatwork #hondaracing #CRF450
Share this on:
Read also:
THE MOTUL TOUR OF LEGENDS : IT MORE THAN LIVED UP TO ITS NAME  0
EMMA BRISTOW, QUEEN OF TRIAL: “WOMEN ARE TAKEN MORE SERIOUSLY AS COMPETITORS” 0
TIM GAJSER: “WHEN I RELAX AND HAVE FUN, I KNOW I CAN BE SUPER FAST”  0
Comments (0)