The route for the 2023 Dakar has been revealed – and it looks set to be another spectacular adventure in the dunes. Billed by the promoters as “one for the tough guys”, the Dakar 2023 takes in almost 5,000 kilometres set across a prologue and 14 special stages. 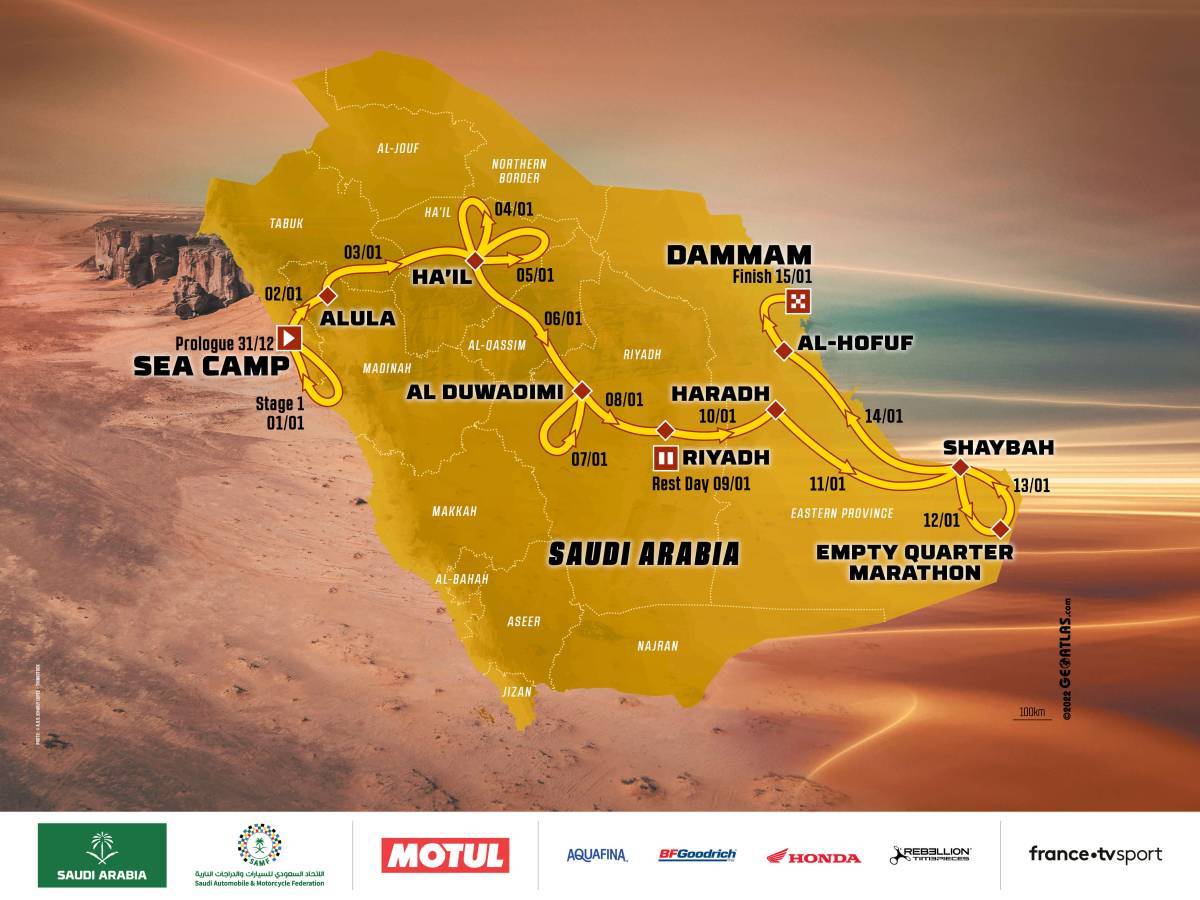 Saudi Arabia – land of adventure
Once again, Saudi Arabia will host the endurance rally and promises a wide variety of terrain, from sand dunes to mountains. Starting at a “Sea Camp” on the shores of the Red Sea the 2023 route takes the competitors across Saudi Arabia to the opposite side of the Arabian Peninsula on the coast of the Arabian Gulf. In between, they will endure a four-day adventure through the Empty Quarter, which includes the notorious and tough marathon stage. According to the organisers, the 45th edition of the Dakar will be the toughest one since the rally came to Saudi Arabia and is set to be a true test of extreme endurance. 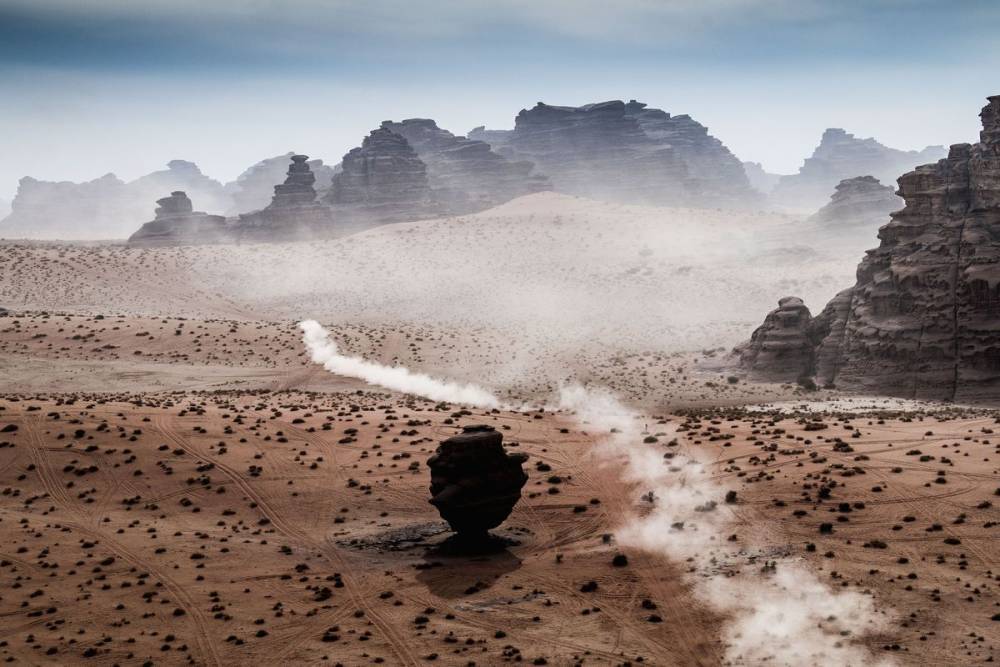 3,900kms in a week
The race this year starts with scrutineering on 29th and 30th December, before the action gets underway on 31st December with the prologue, a 10km special stage at the Sea Camp. 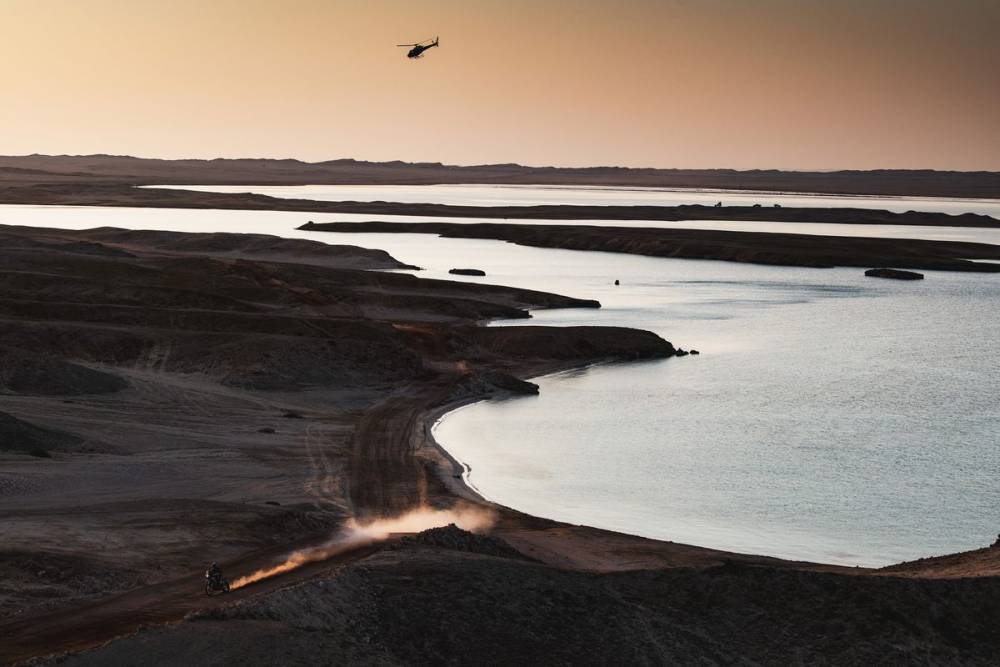 On 1st January, the race starts properly from Sea Camp, with stage 1 seeing the adventurers embark on a 368km stage with a further 235km of driving between stages. Over the next seven days, there’s little rest for the competitors as they compete in seven more stages, completing more than 3,900kms in total, 3,000km of which are timed stages.

Racing in the Empty Quarter
On Monday 9th January, the competitors get a well-deserved rest in Riyadh, the Saudi capital, before embarking on a 710km sprint to Haradh, with more than half the stage timed. Over the next five days, the pilots will conquer 2,507km as they navigate through the infamous Empty Quarter before a final push to the finish at Dammam on Sunday 15th January, when the race is concluded. 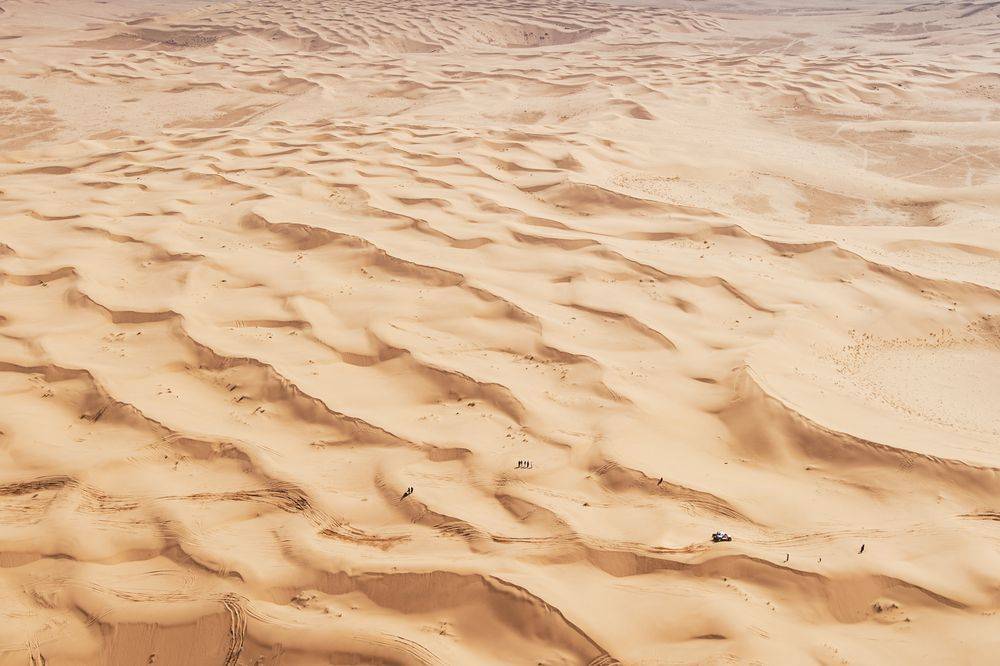 Tags: #dakarrally #poweredbymotul #saudiarabia #2023 #toughone #industwetrust
Share this on:
Read also:
DAKAR 2023: WHAT THE WORLD’S LEADING OFF-ROAD RIDERS ARE SAYING BEFORE THE RACE 0
GOING IT ALONE IN THE WORLD’S TOUGHEST OFF-ROAD RACE: THE ORIGINAL BY MOTUL 0
EVERYTHING YOU NEED TO KNOW ABOUT THE 2023 DAKAR RALLY 0
Comments (0)