24H SPA EWC MOTOS: THE RETURN OF A LEGENDARY RACE, BACKED BY MOTUL

The legendary 24H SPA EWC Motos will be held from June 2nd to 5th 2022 on the infamous Belgian Circuit of Spa-Francorchamps. It will be a new page in the history of a century-old circuit as the Spa-Francorchamps track returns to the FIM EWC World Endurance Championship calendar. Renewing the spirit of the famous 24 Hours of Spa, who’s last EWC round dates back to 2001, the 24H SPA EWC Motos promises an endurance race like no other. In partnership with Motul, let’s take a look at what’s in store at the popular and challenging track. 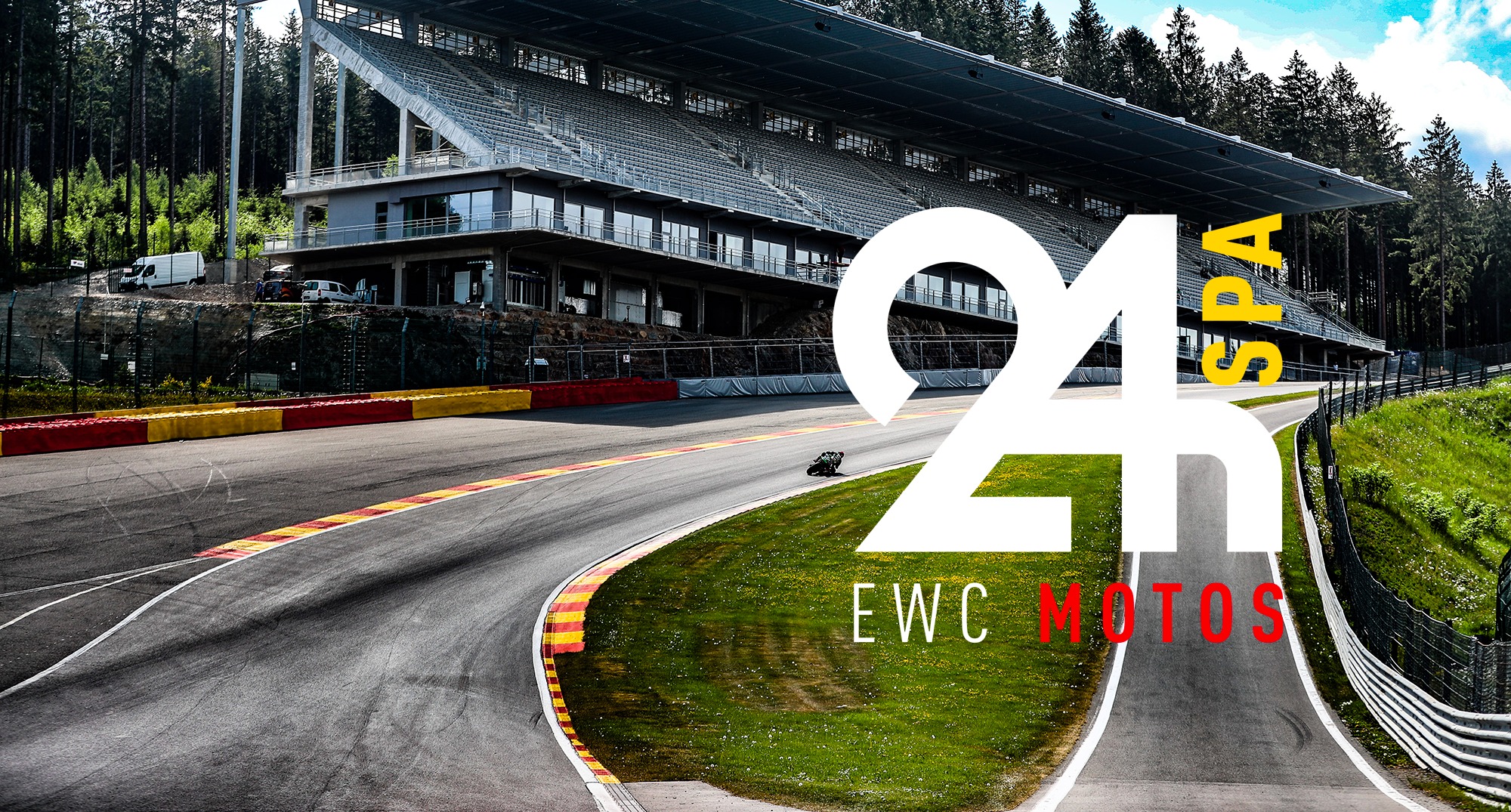 Some of the world's best riders, teams, bikes, oil and tyre manufacturers will be competing for victory on the seven-kilometre Spa-Francorchamps circuit, which has recently undergone major safety improvements specifically for the second round of the 2022 EWC season. Luckily it continues to provide the international motorbike racing world with a huge adrenalin rush. 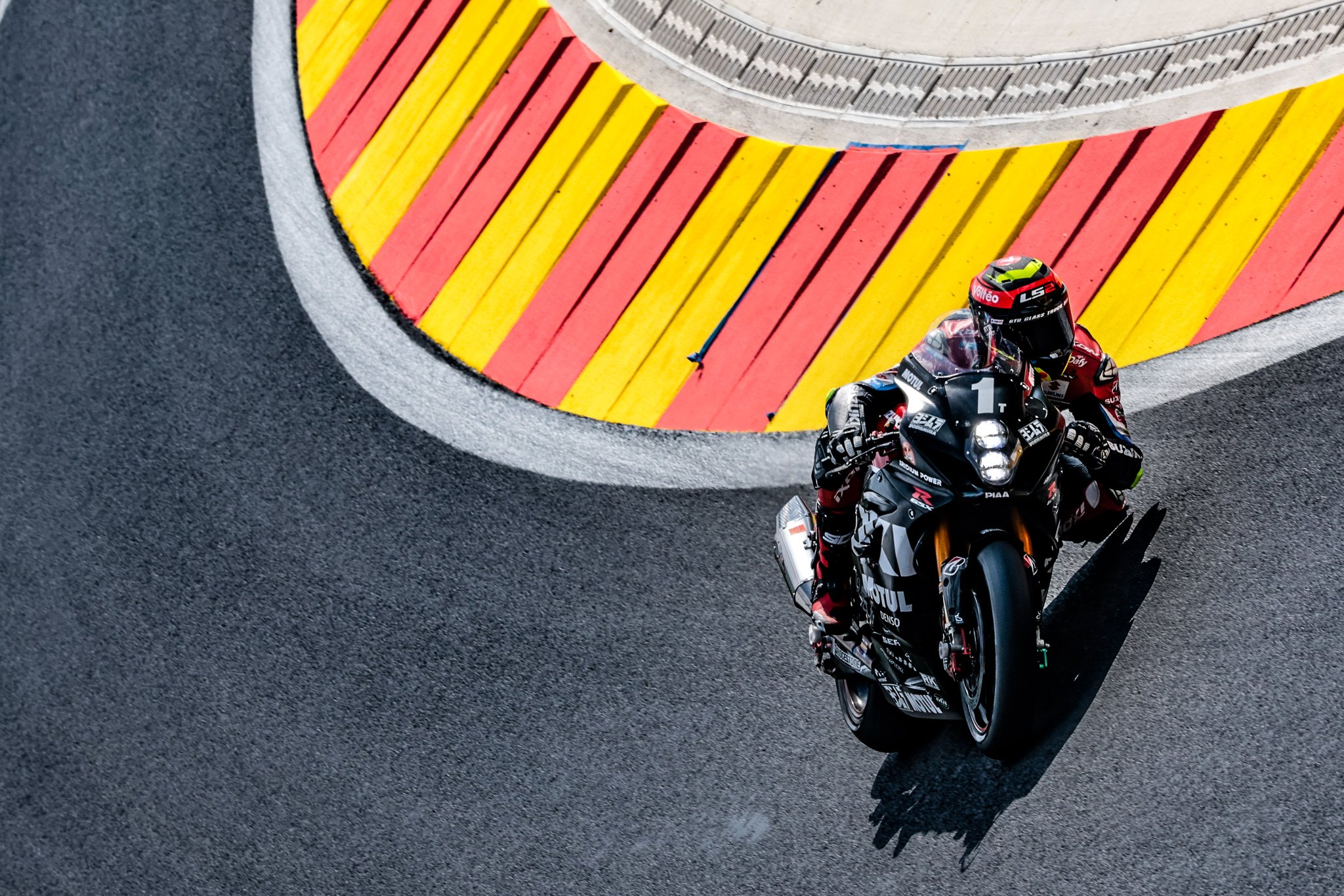 Visitors to Spa will also be able to discover a few side races: the FIM Sidecar World Championship will race there as well as the 4 Hours of Spa Classic, which will bring together motorbikes that were raced between 1987 and 2001. In addition, the European Handy Bridgestone Cup will compete there, which allows riders with a disability to surpass themselves through physical and sporting objectives on machines adapted according to their disability. The public will also benefit from numerous activities and be able to visit the renovated infrastructure including the new grandstand overlooking the famous Raidillon. 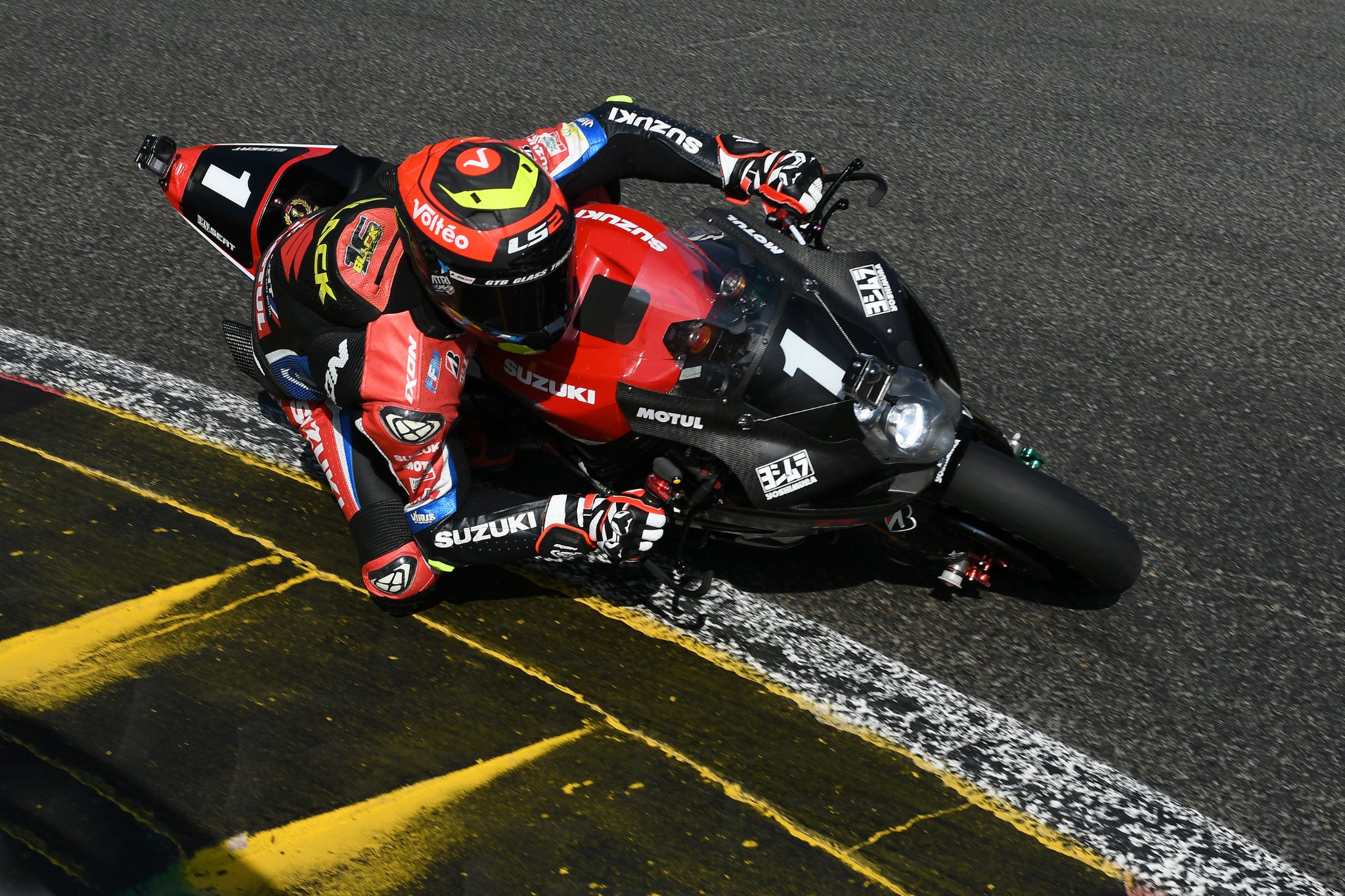 Suzuki Endurance Racing Team (SERT) rider Xavier Simeon shares his impressions after the first test days:
"As a Belgian rider, it was emotional for me to ride on this track for the first time in my career with an official bike. But in all honesty, I tried to put this emotion aside and stay focused on my role as a rider. It was really important not to put too much pressure on myself in order to be able to cope with the busy schedule that was set for these two days of testing, and I will need to be in the same frame of mind for the race week.

"This Spa track is beautiful, especially with the new corner called 'Speaker Corner', created specifically for the bikes. The many clearances and new gravel pits also make it a safer track and it's a lot of fun looking for the limit. It was also the first time I had ridden here with a bike as powerful as our GSX-R1000R, and in the first few laps I had to adapt my braking cues as I was coming in much faster. The same goes for the long corner of Blanchimont. At the beginning, I had difficulties passing at full speed, but as the laps went by and with confidence, I was able to pass at full speed, and there the sensations are incredible. In fact, this is a unique circuit in the world where you are often fully loaded and with a lot of difference in altitude, which gives exceptional sensations. Apart from the chicane braking and the Source corner, it is always fast! The competition is very strong, the times are close for such a long track. All the official machines are within a second of each other, which promises a great fight where the slightest mistake could be costly. We will have to find the right compromise between speed and regularity, hoping that the weather conditions will be as good as they were during these test days.” 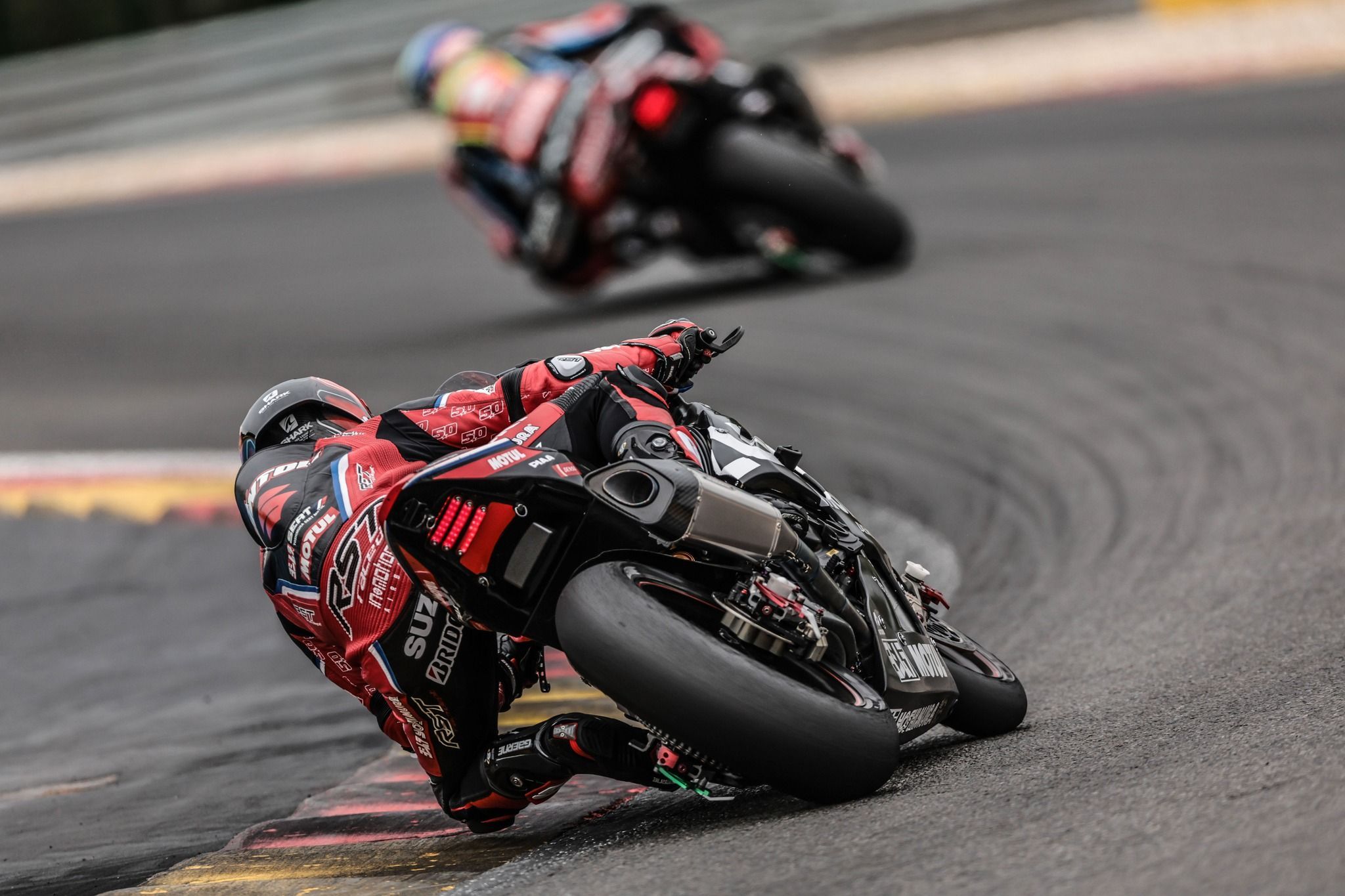 Teammate Sylvain Guintoli commented:
“Our preparations are going well for Spa24H after a successful test. The track is unbelievable, probably the best circuit in the world, as it is extremely challenging and technical. We have won the last three 24H race events and our objective will be to carry this on, with the help of our super-reliable Suzuki GSX-R1000R powered by Motul. I can’t wait for the race!” 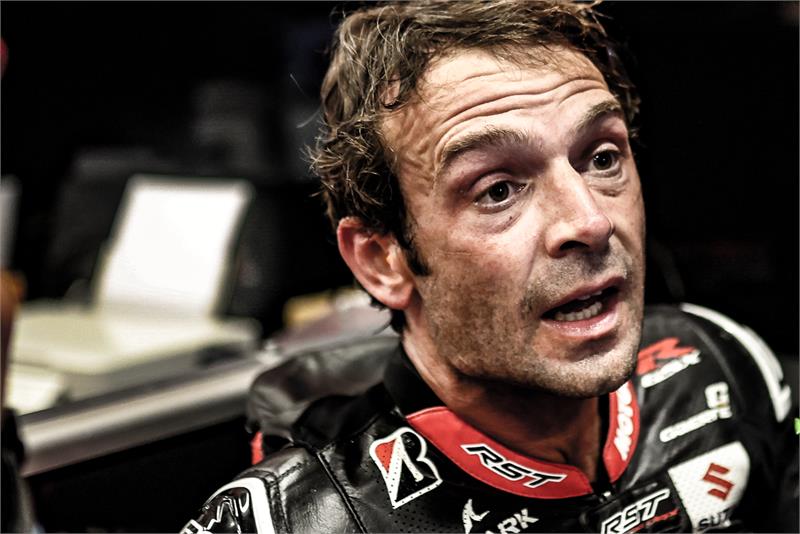 Daniel Schwarz, general manager, Motul France, added:
"Motul is a historical partner of the 24 Heures Motos and the Bol d'Or, so the link with the 24H of Spa-Francorchamps was a natural one. We are proud to participate in the return of this mythical circuit to the EWC calendar. In 2022, we will have three rounds of 24H. It will be an intense season for the men and the machines. The many teams we support in all categories (Yoshimura SERT Motul, FCC TSR Honda, National Motos, Team 33 Louit) will be able to test the performance of our products in the most extreme conditions of endurance racing.”

SERT rider Gregg Black commented on the Motul partnership earlier this year:
“We need the best products and premium partners to get good results. Motul is a great partner for the team as they make the engines so reliable. The development has been done with the same oils we race with. I spoke to the engine mechanic, and we know the Motul oil is good. It is one of the critical points for us. Besides the technical support they also communicate a lot on the team and the partnership. It’s the combination of support, technical engineering and communication that makes them such a strong partner.” 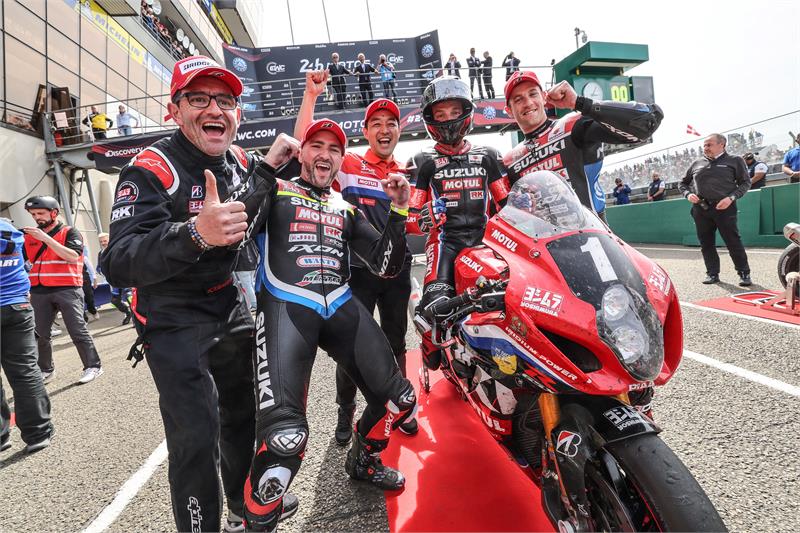 Motul will also be present beside the racetrack
Motul is welcoming its clients and partners to a dedicated lounge. For all visitors, there will be a pitstop animation where bikers can experience the best products of the Motul MC Care range, and where samples will be available for interested visitors.