MOTUL VIBES DURING THE MOTOGP AT ASSEN’S CATHEDRAL OF SPEED

Ride, dance, and race! It sounds like the lyrics to an Ibiza tune. Yet, that was the reality for the thousands of racing fans who visited the 91st MotoGP in Assen last weekend. Under a bright sun, fans from all over the world were treated to a whole weekend of festival vibes. The Dutch Cathedral of Speed was filled with the sound of high revving MotoGP race bikes, with a high-octane atmosphere both on the track and off it. Motul was there in force and we even welcomed a few lucky Motul Superfans. Let’s take a look at the Assen action. 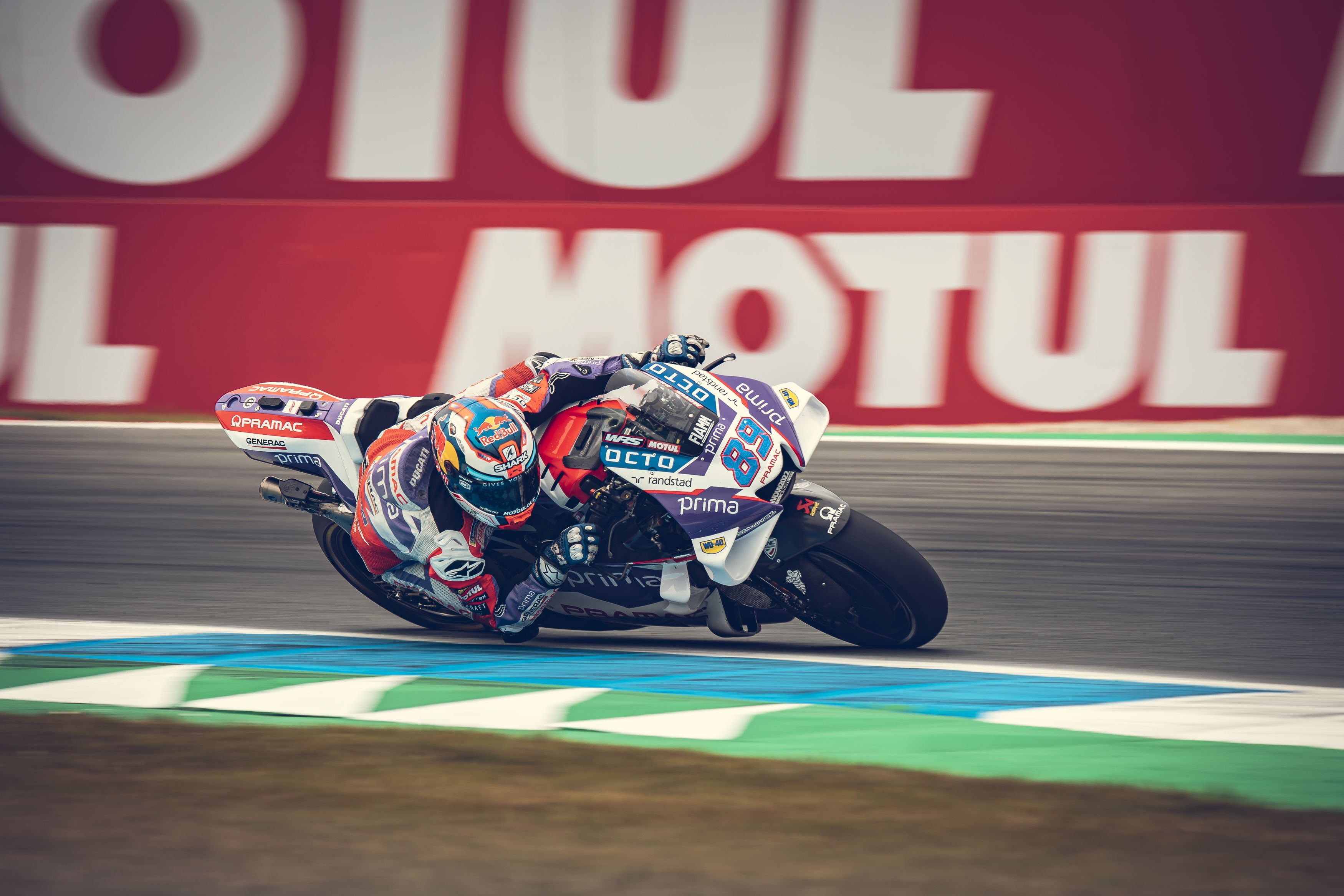 A walk on the Legends wild side
MotoGP races have been taking place at Assen for more than 90 years. Motorcycle racing is embedded into Assen’s soul. The TT Legends Walk in Assen city is the first port of call for many fans, and can be compared with the Hollywood Walk of Fame. But instead of Marylin Monroe, historic MotoGP legends and winners have their own stone on the pavement. The route has five starting points spread throughout the inner city and was implemented in phases. Eventually, there will be more than 200 legends’ names immortalised in the cement. Every year new winners are added, to keep the TT Legends Walk of Fame growing. You can find stones of previous winners such as Quartararo (which was revealed this year), but also from Viñales, Rossi, Marquez, Stoner and many other legendary racers. The Legends are not located by year, so you really have to search for your favorite rider.

Let’s ride: TT Nightride and an MC Care station on Friday evening
Since 2019, the TT Nightride has seen more than 1,000 motorcycles ride through the centre of Assen on the Friday evening before the race, unofficially opening the race weekend. The legion of riders is warmly welcomed to rapturous applause by the thousands of visitors who line the streets. Motul was supporting the ride by providing a free quality service in the MC Care station with helmet and visor cleaning by Motul’s MC Care products and helpful staff. 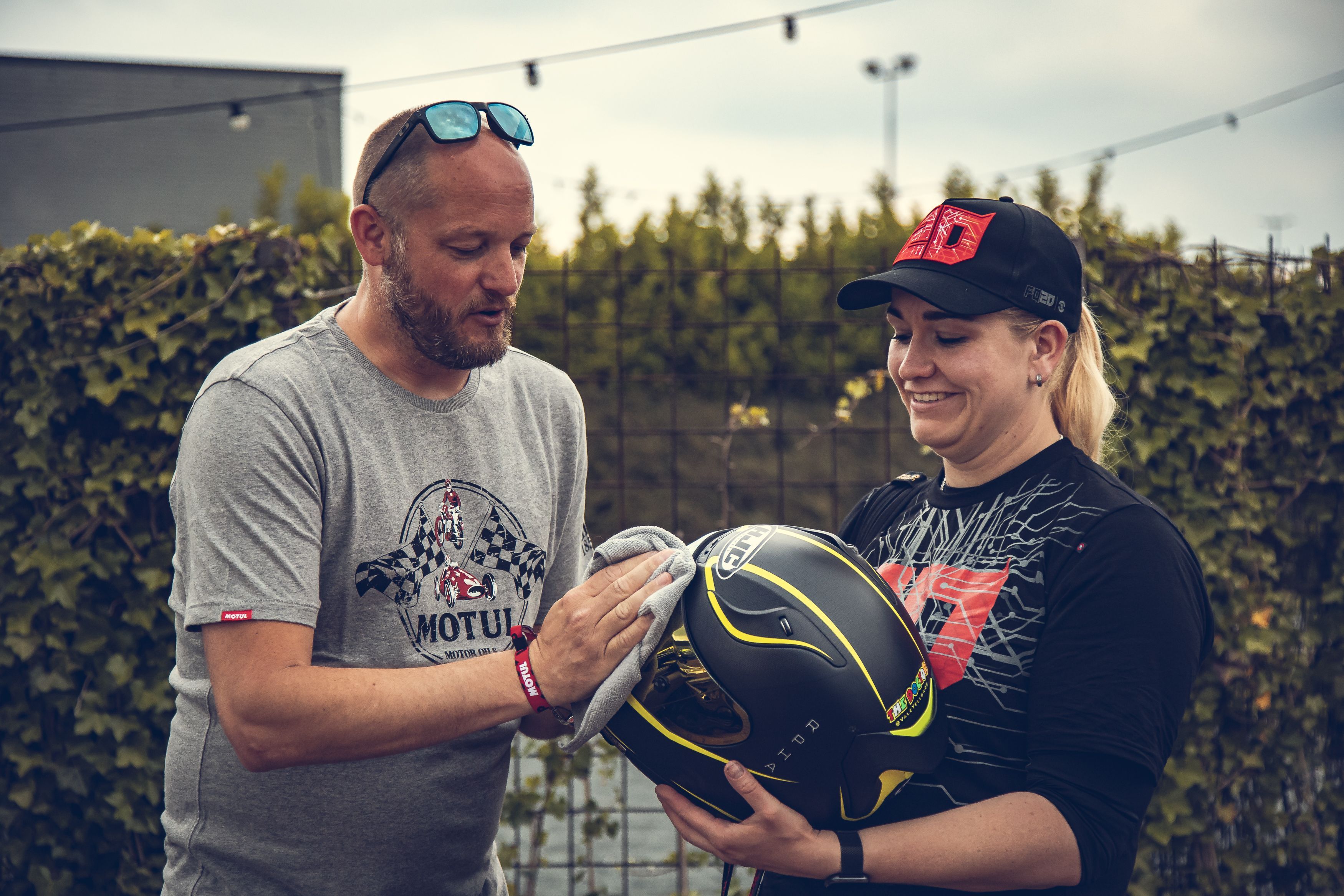 Let’s dance: Motul vibes on Saturday!
Since the introduction of the Motul Superfan, the concept of a fan was lifted to new heights, but Motul doesn’t forget its other fans either. For the first time at Assen, the Motul DJ truck with Dj Vato Gonzalez & MC Tjen took to the stage to entertain fans, with the opportunity to meet and greet MotoGP riders. 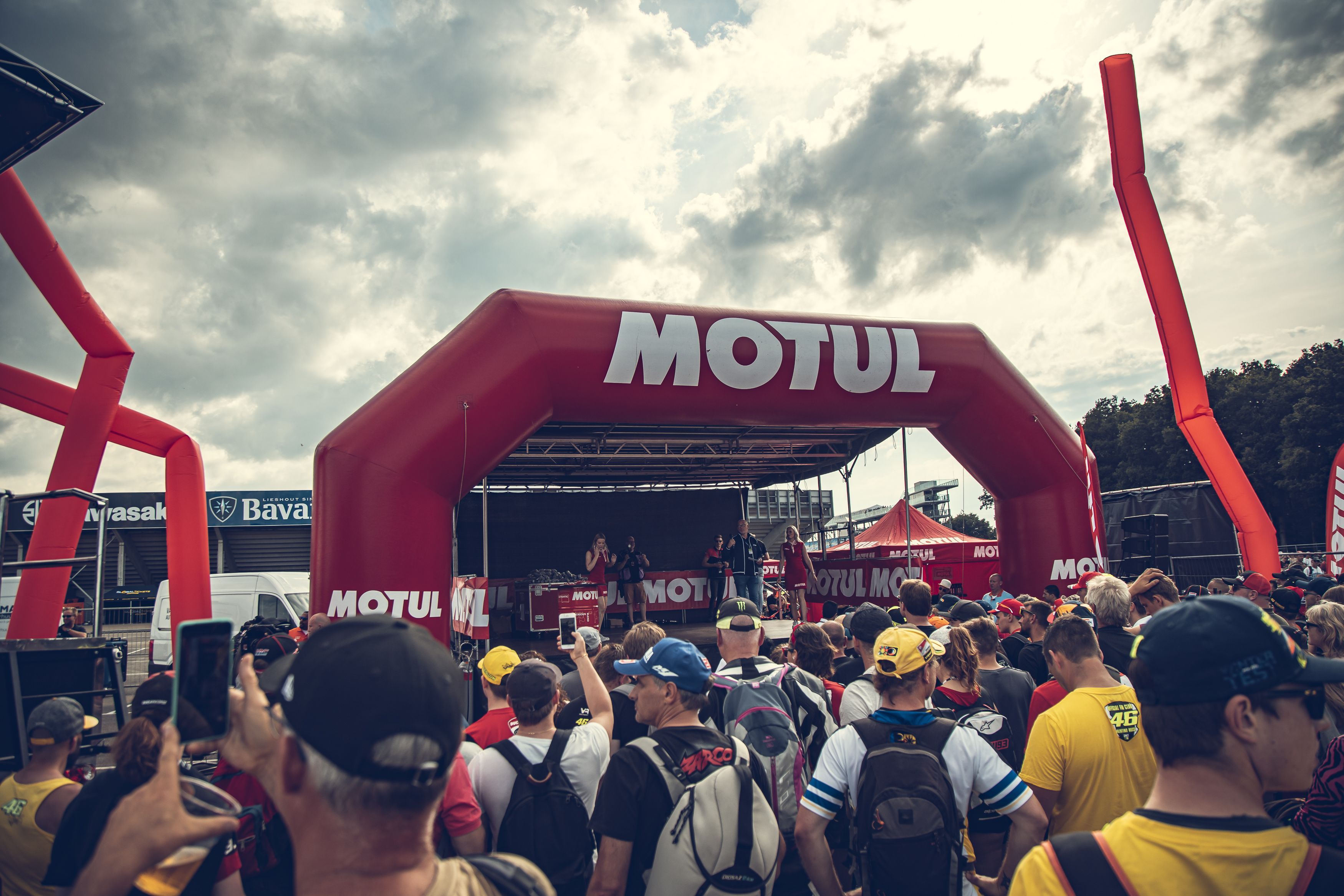 Let’s race: the perfect climax before the season’s break
The TT Circuit received 104,000 visitors on Sunday – just short of being sold out. The huge crowd of fans were treated to a classic 26 laps of dramatic MotoGP action. The reigning world champion suffered two crashes and a desperate last corner battle for fourth between Jack Miller, Brad Binder and Aleix Espargaró. Motul’s partner teams Prima Pramac Racing with Jorge Martin and Suzuki ECSTAR with Joan Mir at the handlebars finished seventh and eight respectively. Now, the MotoGP takes a five-week break before heading to Britain’s Silverstone Circuit. 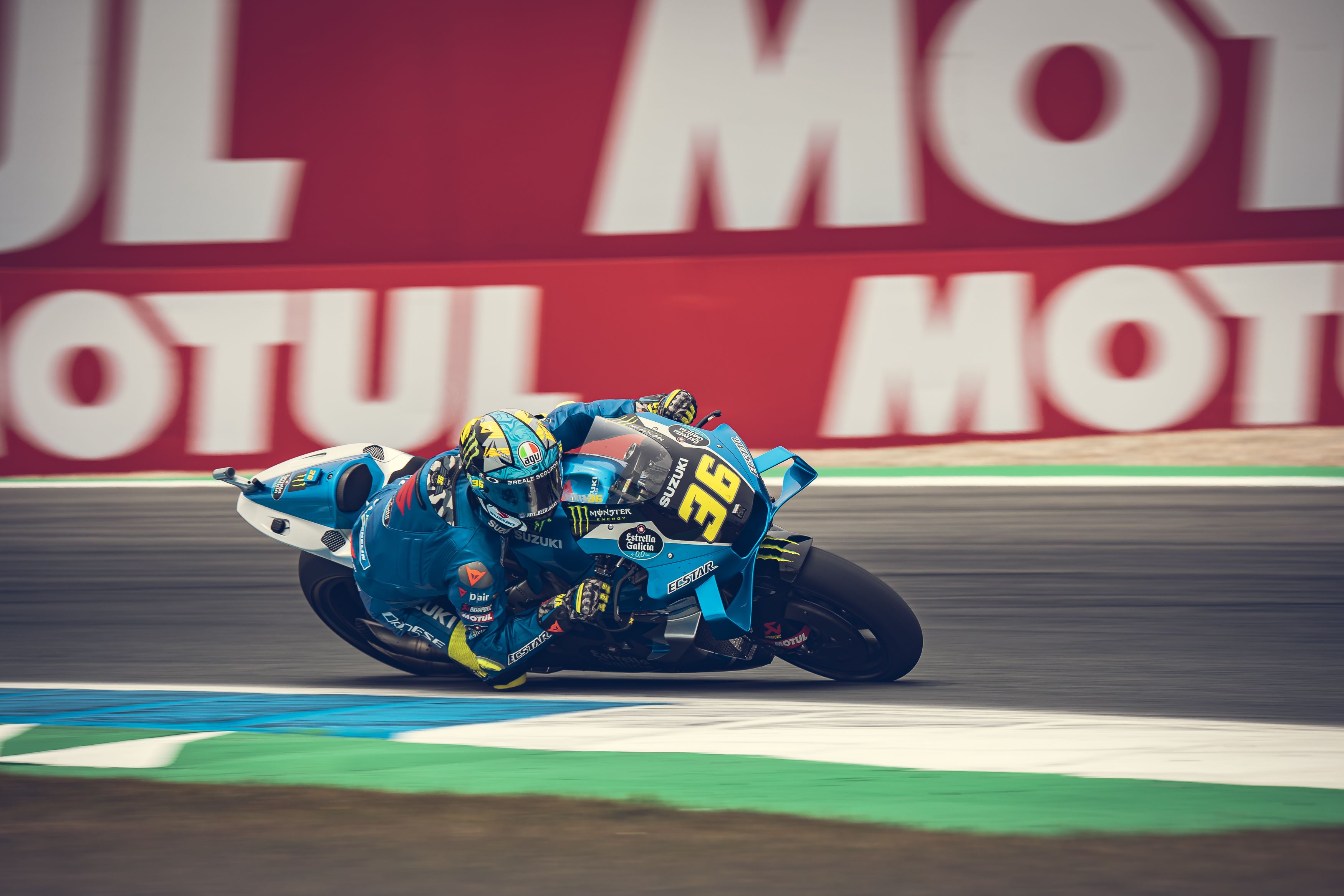 The Superfan experience: an unforgettable weekend!
Launched here at Assen in 2015, the Motul Superfan programme is a unique concept created by Motul, offering fans a once-in-a-lifetime experience at MotoGP and other races. It creates a valuable link between the race organisers and the lifeblood of worldwide racing – the fans. Last weekend, three Superfans were treated to a pit lane walk, a visit behind the scenes in the paddock, a meet and greet with the riders and some exciting laps in the safety car. It was an experience they will never forget. 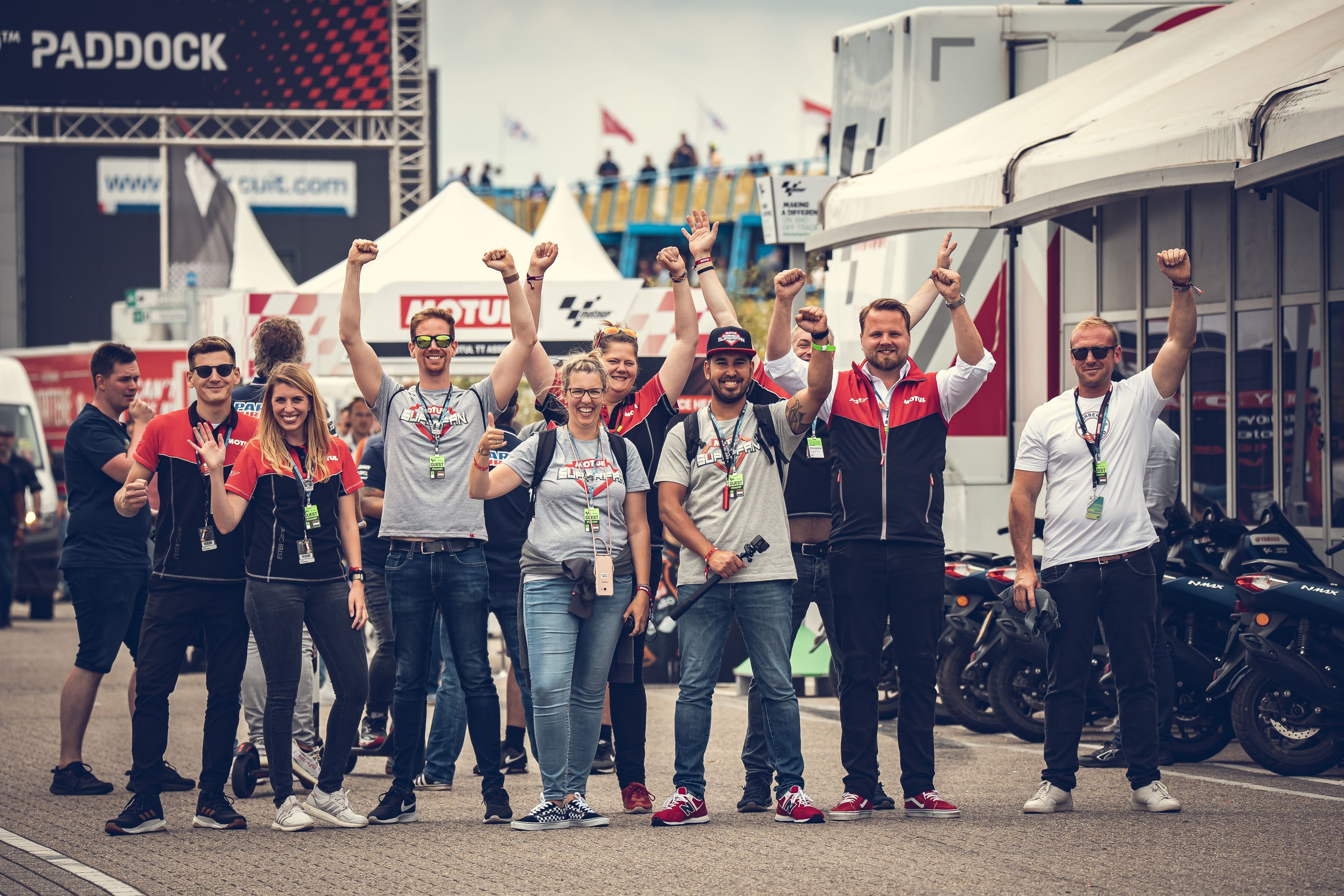 Erik Drost, area manager Benelux, said:
“With the introduction of the Motul vibes concept, we try to be as close to our fans and customers as possible. Of course, our products remain key, but we also want to translate the passion we feel for our brand and its products into experiences for the MotoGP fans, which are our customers. It’s not only about products, but Motul likes to be a lifestyle brand. I’m very happy with all the activations we were able to setup in and around the circuit.”