In preparation for round five of the Superbike World Championship at Donington Park in the UK this weekend, Team HRC has completed a successful shakedown test at the Misano World Circuit, Italy. HRC rider Iker Lecuona was joined by test rider Tetsuta Nagashima. Xavi Vierge, the team’s other rider, had to sit out the test due to recent surgery on his hand, but joined the team in the garage to analyse the data with the technicians to keep abreast of the developments. The hot and dry conditions of Misano allowed the team to carry out the important test without weather interruptions. 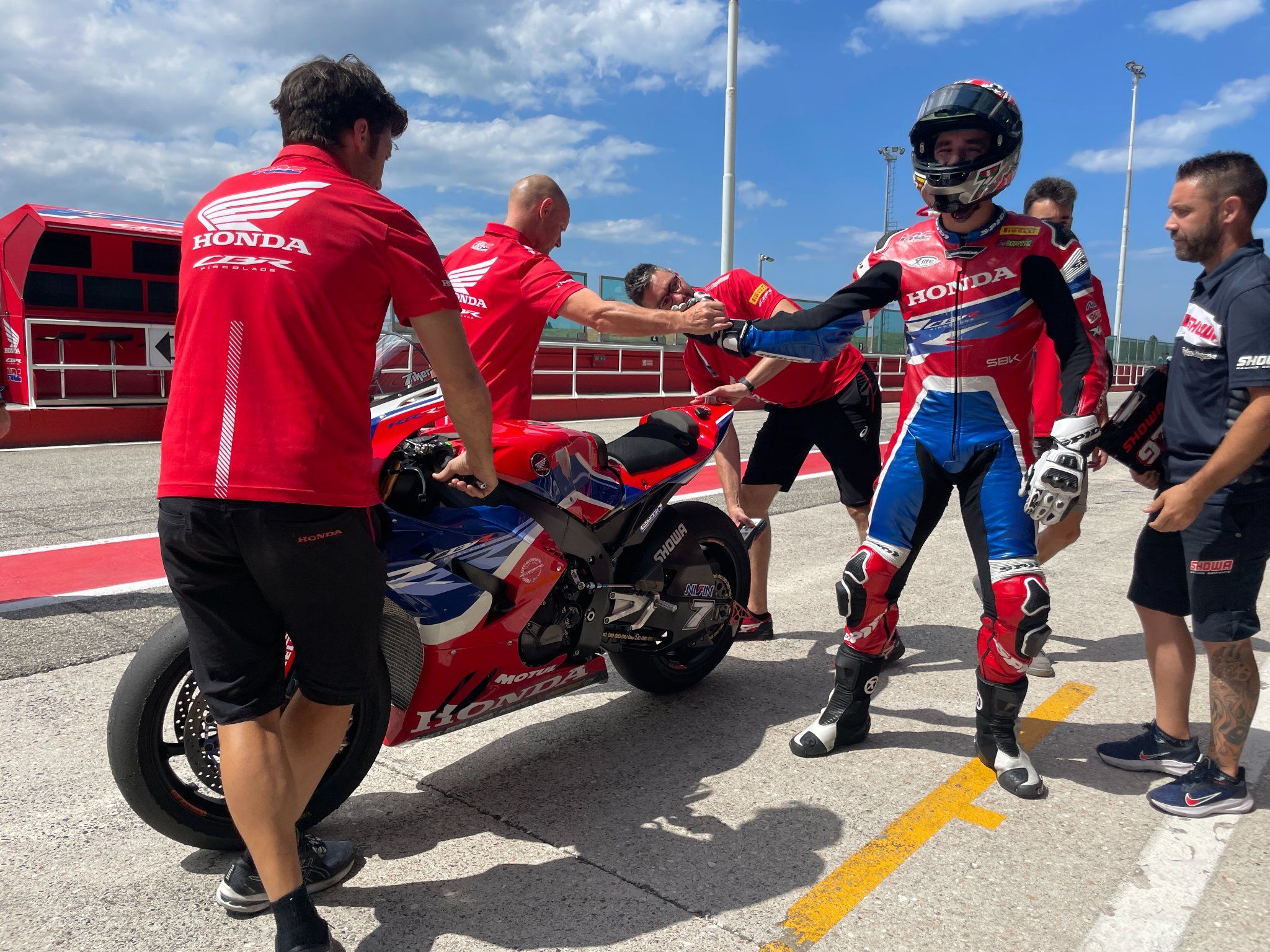 Factory HRC test rider Nagashima worked alongside Lecuona over the two days of testing, giving him important bike time ahead of August’s Suzuka 8 Hours endurance race, which he will compete at alongside Lecuona and BSB Honda rider Takumi Takahashi on the #33 CBR1000RR-R FIREBLADE SP factory bike. 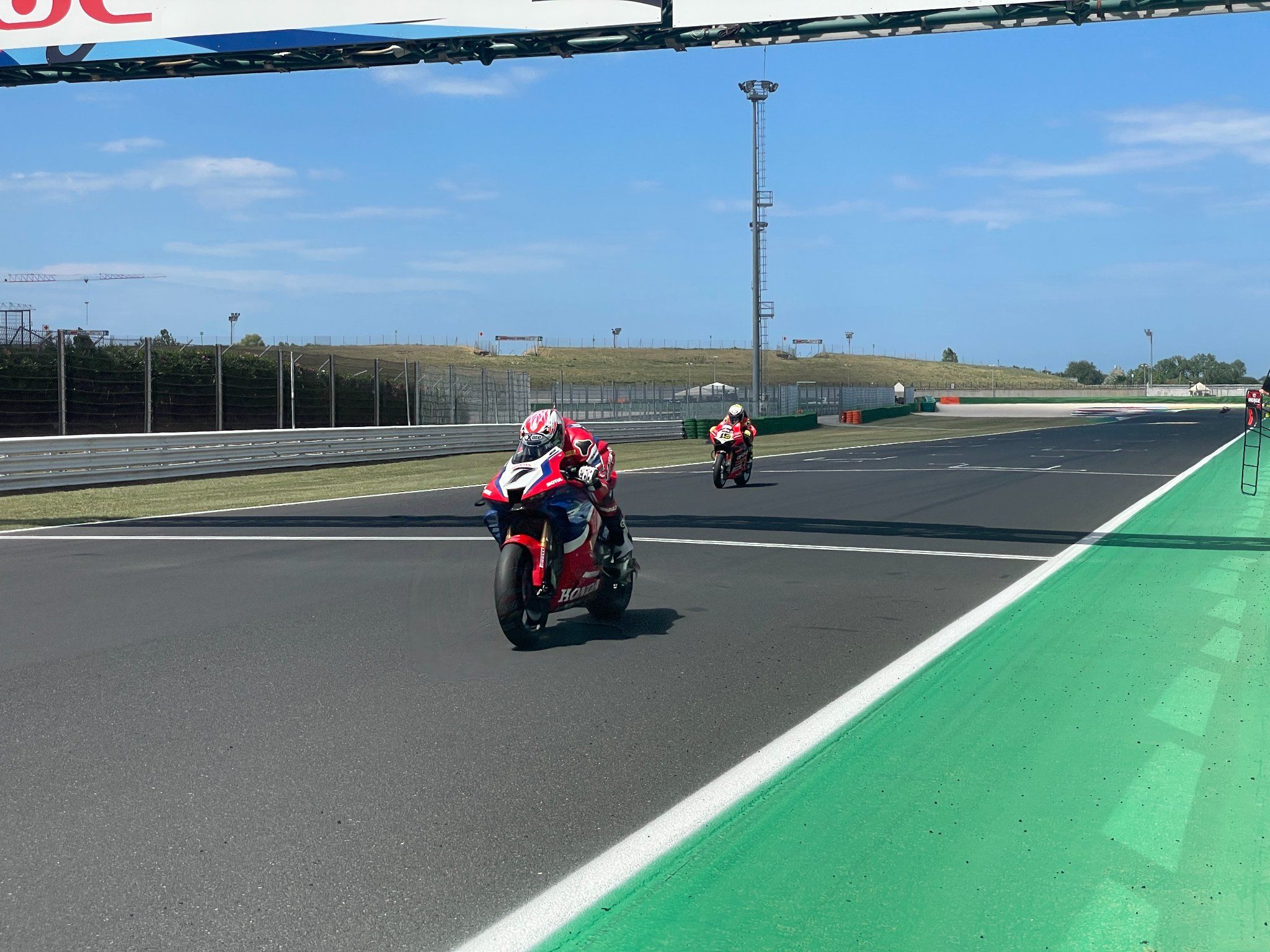 Lecuona and Nagashima and their technical teams spent the test sessions focusing on the electronics, geometries and balance of the bike, comparing different set-ups with those used at the recent Misano WorldSBK round. The team is pleased with the work it has completed at the test. They will now continue their development back at base ahead of the fifth round of the SBK this weekend. 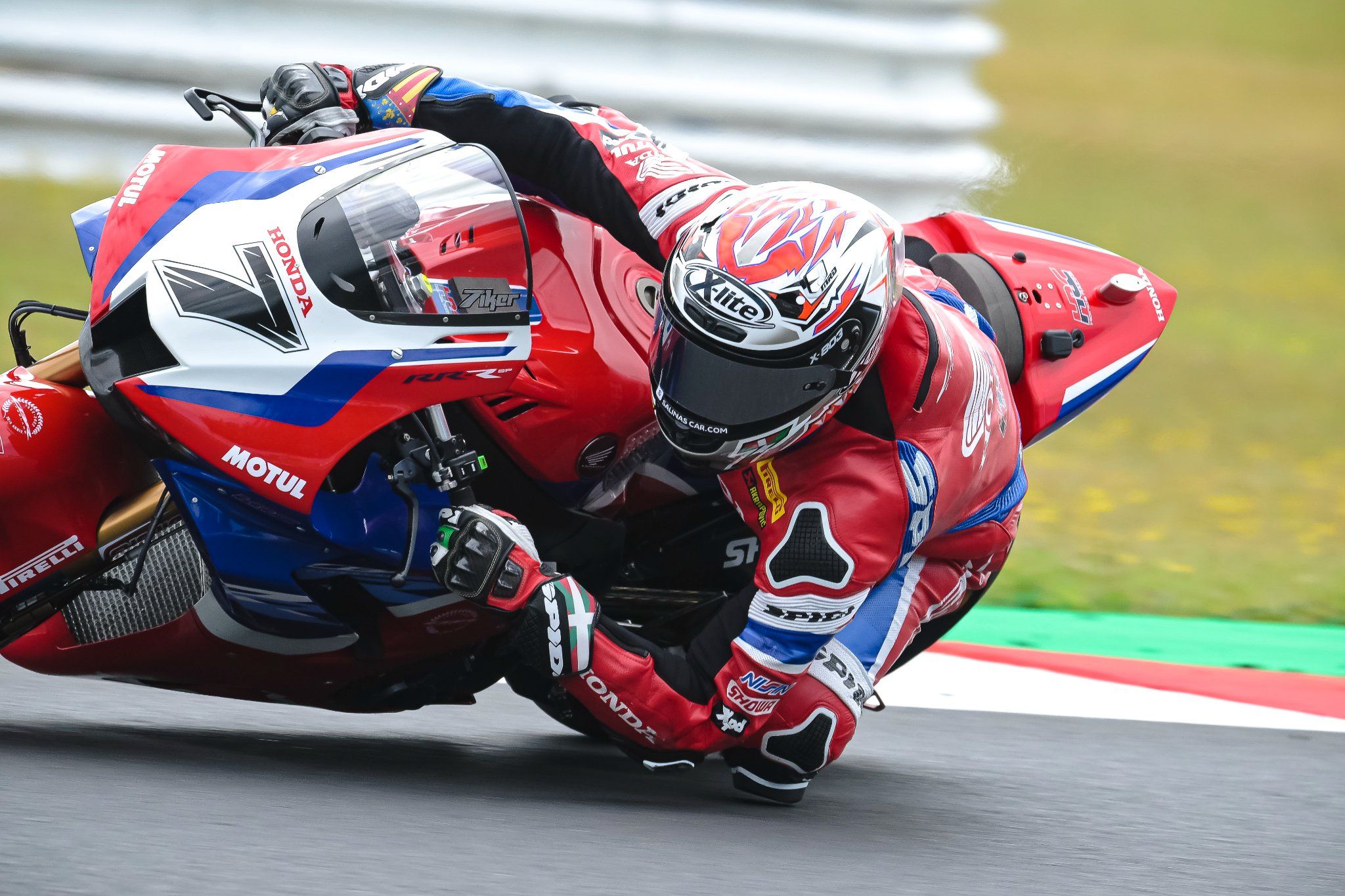 “After spending one day at Donington, which was very useful as I had the chance to experience this beautiful and fun, albeit very challenging track, we came here to Misano for two more days of testing, and I’m very pleased with how it’s gone. We worked our way through our test plan, and everything went smoothly, without any issues. The team did a very good job, Xavi was also here, with “Tetsu” Nagashima on the other side of the garage as well as quite a few Japanese engineers who came from the factory to see for themselves. Having Tetsu here was important because he is an official HRC test rider in Japan and was able to personally take part in the testing and share the track with me and other WorldSBK riders. It has been challenging in such hot and humid conditions, but we can be satisfied because I think we are continuing to improve. We completed two long runs and the feeling with the bike in the hot weather was pretty good, our race pace better compared to the recent round we had here. In general, I think we did a very good job over the two days. Now I feel a bit tired of course, but I’m happy and ready for the next step, with the Donington round coming up.” 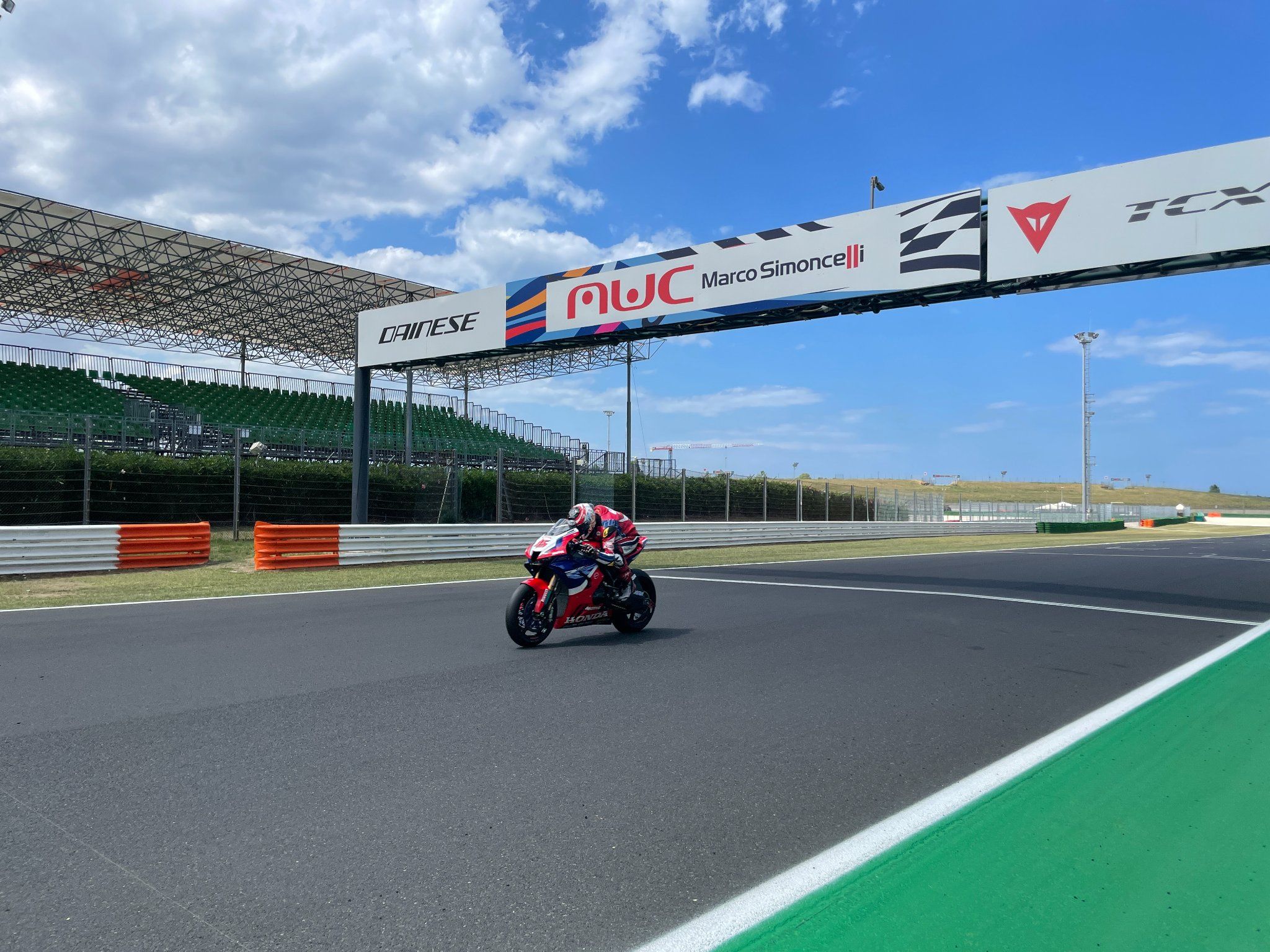 “It’s been a really good experience for me because I’ve had the chance to understand the bike, the Pirelli tyres and the feeling with the CBR here at Misano. We completed a run with Iker today, I followed him and was better able to understand where we need to improve on the bike. I test the CBR in Japan and so this experience was very useful in that we could collect more direct information and also exchange opinions with Iker and Xavi. We worked very hard over these two days. The lap times were not too bad in the end, and the race simulation was also promising. We’ll keep working hard in Japan and I hope this will help the team and both Xavi and Iker.” 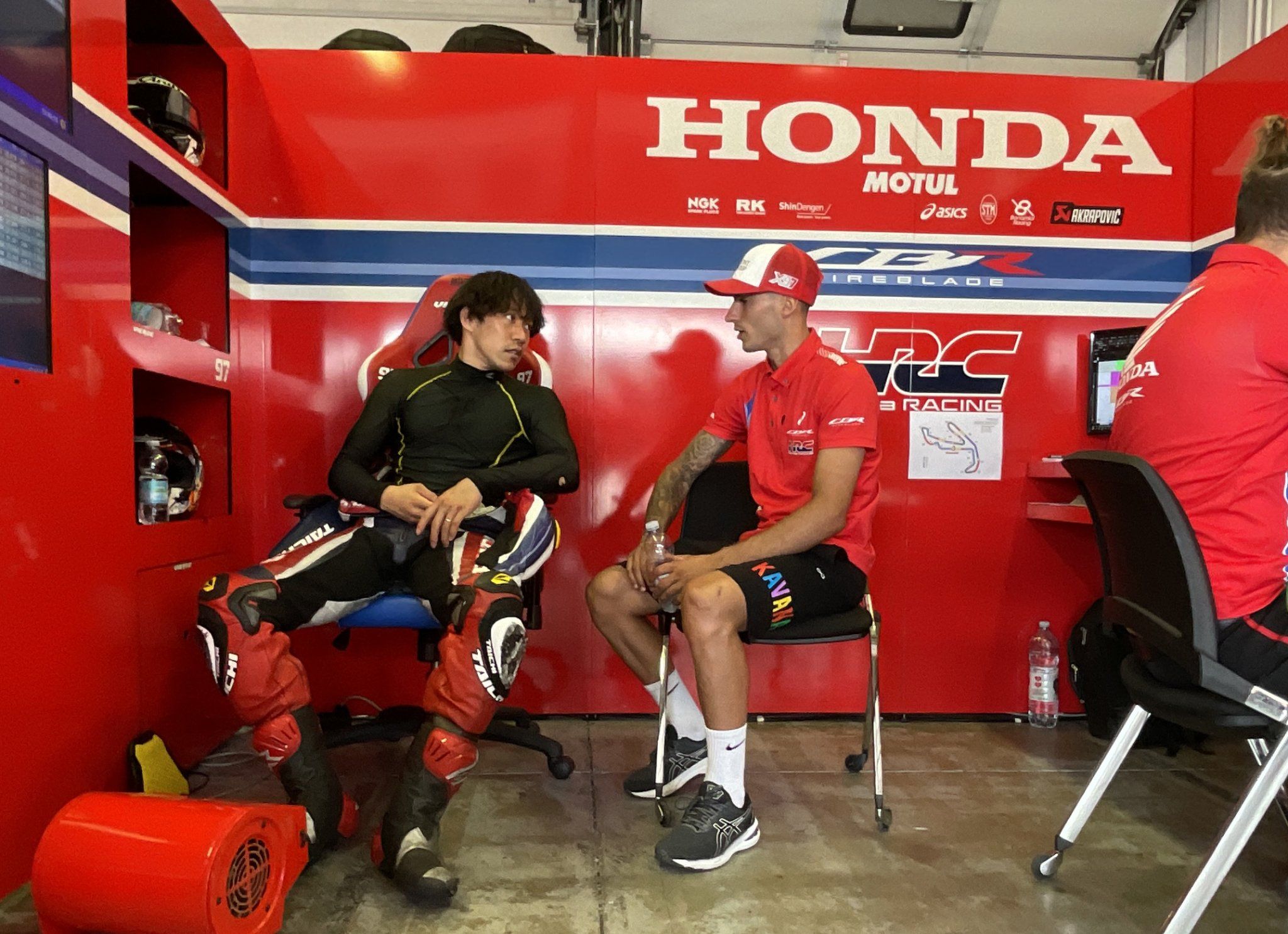 HRC is supported by Motul. The team’s manager, Leon Camier, said of the partnership:

“Motul’s lubrications are contributing to that reliability and the longevity of our race engines, which are being pushed to its maximum redline every race. And especially this season, where we will have three races during one race weekend. A reliable lubrication partner where we can closely collaborate with is key to our final success, we cannot afford to lose engines or have a lot of breakdowns.” 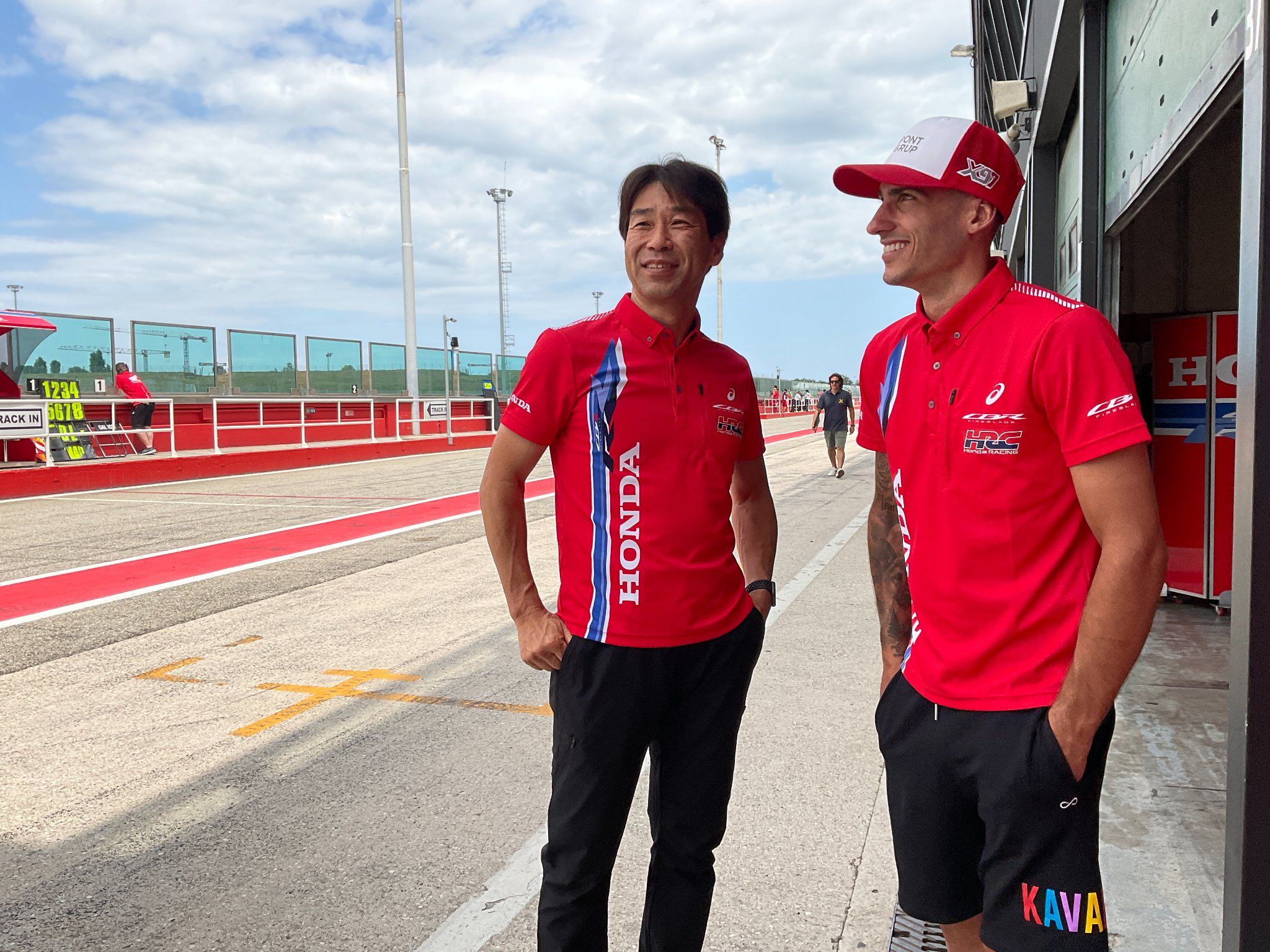